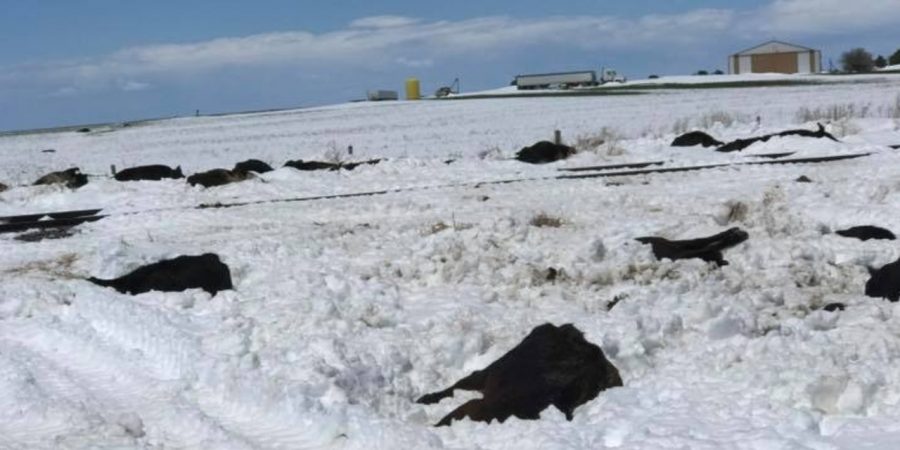 KUSA – The storm system that brought snow to the metro area over the weekend devastated parts of southeastern Colorado.

Farmers and ranchers in Baca and Prowers counties have lost cattle and countless crops due to the spring snow. The Colorado Farm bureau estimates the cattle deaths are into the thousands.

“Everybody is still out just trying to take care of what is alive,” said farmer Gary Melcher. “They haven’t had a chance to really analyze what the true loss is yet.”

Even though the storm has passed ranchers are still trying to find animals that are still alive. Many of them were lost after fences collapsed under the weight of snow. Some of them are stuck, barely able to move through all that snow.

Justin Willhite found 15 of his cows dead, another 40 to 50 animals are still missing.

“They walk away from the wind as long as it’s blowing,” said Willhite. “So it could be 20 to 30 miles before they stop or get stuck.”

Farmers say it could be three weeks before they can even asses all the damage done to their wheat crops because they are still covered in snow.

“It’s kind of devastating trying to get going and you know the commodity prices being so low in the last year and half,” said Melcher. “It’s been a trial before this, and you take a loss on top of this, it’s devastating.”

The area is also dealing with power outages after strong winds brought down power lines and power poles.

Ranchers say it could be another week before they can even round up the surviving cattle and get them back to their correct ranches.