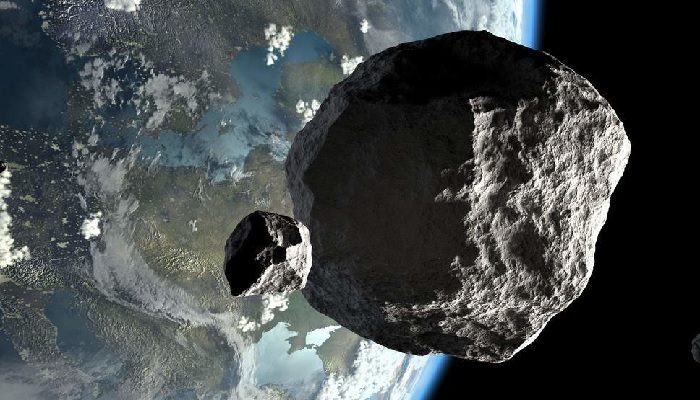 An asteroid up to 500 feet (160m) in diameter is set to hurtle close past Earth next week.

The giant rock, known as 2016 NF23, is moving towards our corner of the solar system at around 20,000 miles an hour – faster than many rockets.

It is on track to pass nearest to our planet on August 29, according to NASA.

And the asteroid will come close enough for NASA scientists to place the object on the space agency’s “potentially hazard asteroid” watch list.

It is expected to pass within 0.03377 astronomical units (about 3 million miles) from Earth.

For comparison, the sun is 93 million miles away.

Near-Earth objects (NEOs) or asteroids must come within 4.6 million miles of Earth to be classified as “potentially hazardous”.

Space objects larger than one or two kilometres in a diameter could cause global consequences, according to NASA.

So far, the chance of any sizable asteroid striking our planet within the next few centuries is very slim (but cannot be guaranteed).

The most likely candidate, a space rock known as 2009 FD, could hit us in 2185, however the odds of this happening are still very low, with only a 1 in 710 chance of an impact with the Earth.