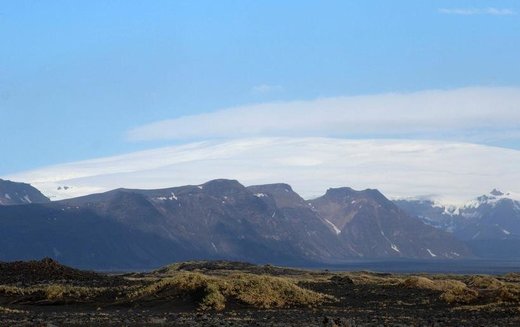 Two earthquakes of magnitude 3.2 occurred in the Katla caldera in Mýrdalsjökull glacier around 4:00 AM this morning. Ten smaller earthquakes followed.

Katla is one of Iceland’s largest volcanoes, and with twenty eruptions being documented since the year 930, Katla remains on of the country’s most active volcanoes.

Scientists keep a close eye on Katla
Scientists at the University of Iceland Institute of Earth Sciences (IES) and the Icelandic Met Office have been monitoring activity at Katla lately, but small glacial river floods have been observed in recent weeks in the Múlakvísl river that flows from underneath the glacial cap. The floods are caused by Katla’s geothermal hot spots under the Mýrdalsjökull glacier in South Iceland.

“This seems to be an annual occurrence, but we still have a reason to closely monitor the situation,” says Dr. Páll Einarsson, geophysicist at the IES.

“The last large eruption in Katla was in 1918, but in the meantime there have been three events that indicate volcanic activity underneath the glacier. First in 1995, then in 1999 and most recently in 2011 when a glacial flood in Múlakvísl river took out a bridge on the main road,” says Dr. Einarsson.

“All of these incidents share some similarities, there were earthquakes, rumbles, and glacial floods. There are signs that suggest that small volcanic eruptions did take place underneath the glacier but they were not large enough to break through the icecap. The icecap is fairly thick and only a large eruption would manage to break to the surface.”

Katla is not overdue, still unpredictable
Katla has not erupted for some time and some locals believe the volcano is long overdue. Dr. Einarsson points out that volcanoes do typically not erupt at a certain intervals and any talk of Katla being overdue is misleading.

How bad would it be?
How bad will it be if Katla erupts? The Katla eruption in 1918 produced an enormous ash cloud and five times as much ash as the 2010 Eyjafjallajökull eruption that halted air traffic in the North-Atlantic and across Europe. Such a large eruption is likely to disrupt air traffic and cause destruction of property and local infrastructure. 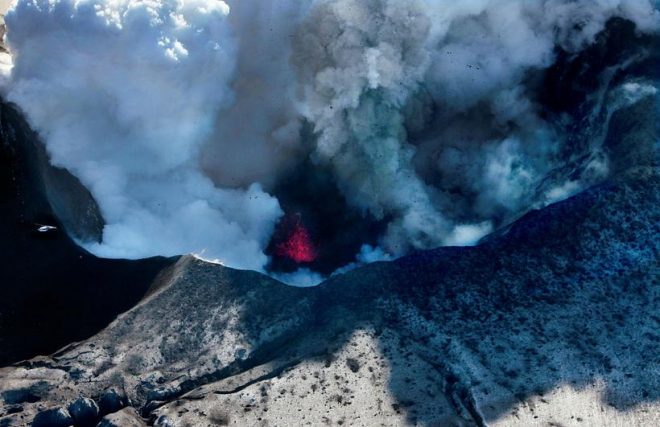 In addition to an ash cloud, large eruptions in Katla are accompanied by enormous floods when melted snow and glacial water, mixed with mud and pieces of ice, break out from underneath the icecap and flow to sea. In the last large eruption in 1918, the Southern coast was extended by 5 km by the laharic flood deposits.

The most likely path of such a flood is to the South across Mýrdalssandur area, an unpopulated area east of the town Vík in Mýrdalur.

And then there is Hekla

Katla is not the only volcano in Iceland that Dr. Einarsson and his colleagues are keeping a close eye on. As we reported last month, Mt. Hekla in South Iceland could erupt at any moment and people are advised not to travel up the mountain. 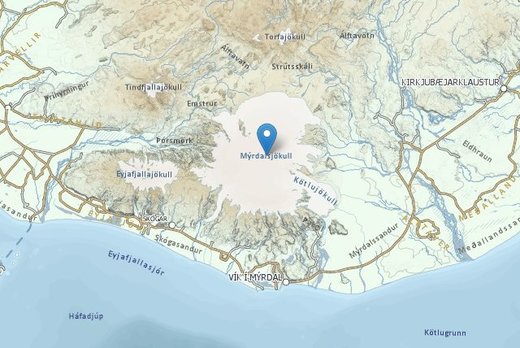