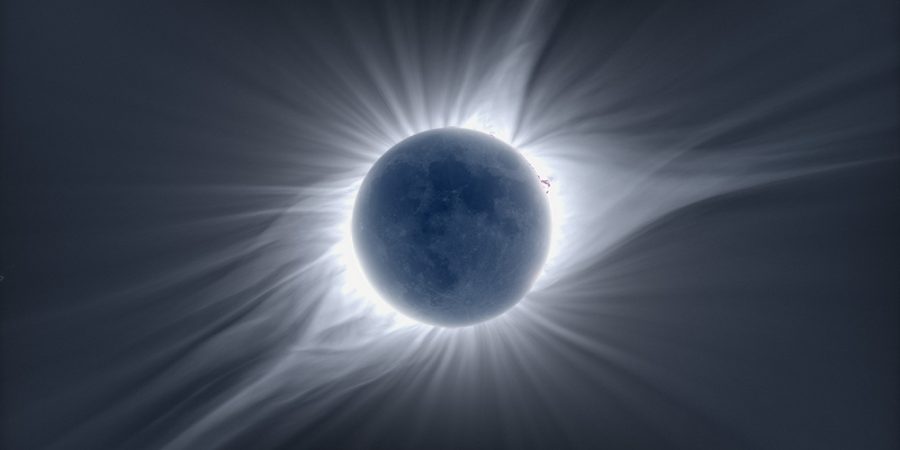 It was the eclipse felt ’round the world. The August 21, 2017, total solar eclipse that crossed the United States launched a wave in the upper atmosphere that was detected nearly an hour later from Brazil (SN Online: 8/11/17).

“The eclipse itself is a local phenomenon, but our study shows that it had effects around the world,” says space scientist Brian Harding of the University of Illinois at Urbana-Champaign.

Harding watched the eclipse from St. Louis. But he and his colleagues activated a probe near São João do Cariri, Brazil, to observe uncharged particles 250 kilometers high in a part of the atmosphere called the thermosphere.

The probe recorded a fast-moving wave in the thermosphere go by half an hour after sunset in São João do Cariri and 55 minutes after the end of the total eclipse, the team reported April 24 in Geophysical Research Letters. The wave is produced by the motion of the moon’s shadow, which cooled the atmosphere below it. That cold spot then acted like a sink, sucking in the warmer air ahead of it and causing a ripple in the atmosphere as the cold spot moved across the globe.

Previous eclipses also have launched waves at similar altitudes in the ionosphere, the charged plasma of the atmosphere, which overlaps with the electrically neutral thermosphere (SN Online: 8/13/17). This is the first time that scientists have observed a wave in the uncharged part of the atmosphere. Neutral particles are 100 to 1,000 times denser than plasma in the atmosphere, and it’s important to know how they behave too, Harding says.

Half a world away: The above simulation predicts the atmosphere’s response to a solar eclipse. Color shows how temperature changes, and black lines trace motion in the atmosphere. The moon’s shadow cooled the atmosphere, producing a large wave that was visible from a research station in Brazil (black square) after the eclipse had ended.