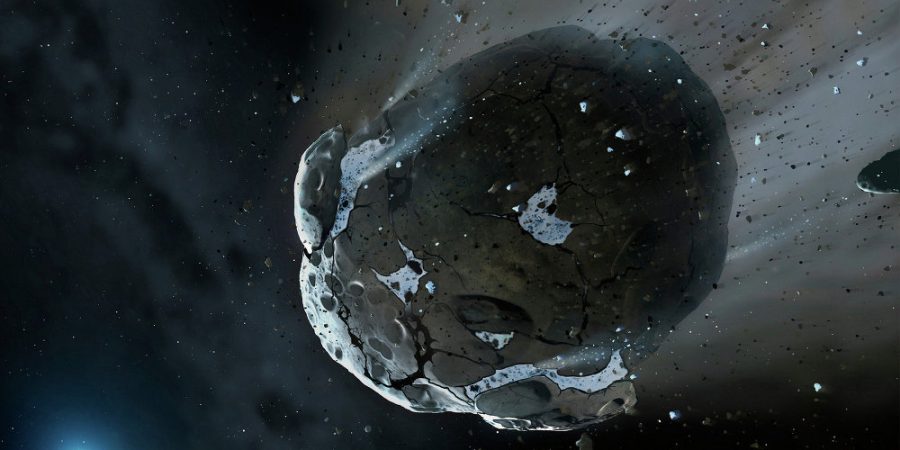 With just a few hours’ notice, a relatively large asteroid whipped through the Earth-moon orbit over the weekend. You may have missed it though; humanity only learned of the asteroid hours before the flyby.

A “Tunguska-class” asteroid was first spotted by the Catalina Sky Survey out of the University of Arizona on April 14. The asteroid, 2018 GE3, flew by just hours later. Austrian amateur astronomer Michael Jäger recorded the object as it passed through the southern constellations Serprens.

“According to Wikipedia, 2018 GE3 is the largest known asteroid to pass that close to Earth in observational history,” Jäger said, according to NASA Spaceweather. It missed us by just 119,427 miles. Earth’s moon sits about 238,900 miles from us.

The intensity of the light reflected off of 2018 GE3 indicates that it’s between 157 feet and 360 feet wide. “It was shining like a 13th-magnitude star at the time of my observations,” Jäger said.

If the asteroid had hit Earth, the devastation would have been regional but not global, and it’s possible 2018 GE3 could have even burned up in the atmosphere before ever reaching our planet. There really is no telling, as mapping the impact trajectories of objects crashing down to Earth is notoriously difficult, and scientists were left with just a few hours to scramble for this one.

This class of asteroids that includes 2018 GE3 is named after the 1908 Tunguska event, when a nearly 200-foot-wide impactor leveled a Siberian forest, exploding with an estimated force equivalent to the largest hydrogen bombs ever built, between 15-30 megatons.

But an asteroid need not be in the Tunguska range to do damage: in 2013, the 65-foot-wide Chelyabinsk meteor exploded over Russia, injuring 1,200 people and smashing thousands of windows.

Last week, Sputnik reported that NASA is scrambling to track 17,000 big near-Earth objects (NEOs), including asteroids. Congress tasked NASA with tracking all objects bigger than 460 feet wide, which 2018 GE3 falls shy of, but NASA has only been able to identify about one-third of the estimated total so far.

In 2020, NASA plans to give its Double Asteroid Redirection Test (DART) a live trial. DART theoretically works by plunging into an asteroid and knocking it off its collision course.