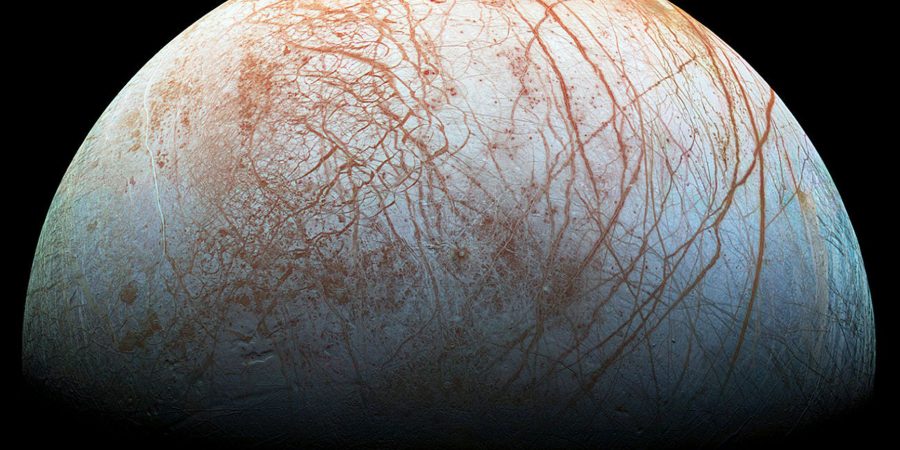 “”It’s enticing to think of some kind of aerobic organisms living just under the ice”, Vance said.”

Europa, one of Jupiter’s moons, has two main traits to make it a potential home to extraterrestrial life – oxygen and water filled with nutritious elements. There is just one problem – a thick layer of ice separating the two.

Salty water found in the ice-trapped ocean of Europa, one of Jupiter’s 80 moons, are potentially capable of transferring oxygen from the satellite’s surface to the waters underneath the 24-kilometre thick layer of ice, a new study conducted by the University of Texas has shown.

Oxygen is believed to be generated on Europa by a combination of sunlight and particles from Jupiter bombarding its surface. However, oxygen can’t directly reach the moon’s ocean to enrich it and help sustain aerobic life forms. That’s where brine, a mixture of water and salts, comes into play. 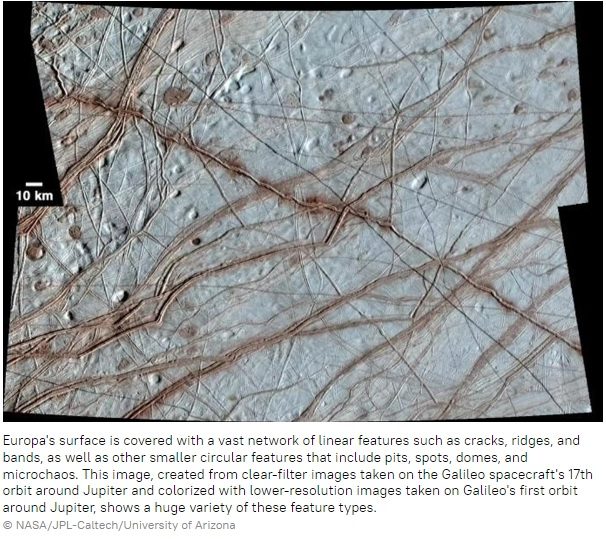 Brine, due to its composition, can “melt” parts of the moon’s ice-cover in spots that are known as “chaos terrains” – cracks and ridges of ice that can be seen on many images of the moon taken from space. These chaos terrains make up roughly a quarter of the planet’s surface and in these areas might serve as oxidisation stations for Europa’s ocean, the study says.

This theory has been suggested in the past, but the researchers from the University of Texas were the first to run a physics-based computer model to prove that the process is possible.

According to them, a bulb of oxidised water can potentially form in the brine and then descend below, into the ocean.

“Our research puts this process into the realm of the possible. It provides a solution to what is considered one of the outstanding problems of the habitability of the Europa subsurface ocean”, a professor at the University of Texas Jackson School of Geosciences, and the lead researcher, Marc Hesse, said.

The brine forms a “porosity wave”, prompting ice to open “pores” that allow oxidisation of the saline mixture and allowing it to pass through the frozen masses, the modelling showed.

Most of the captured oxygen, around 86%, makes it to the ocean under the layer of Europa’s ice, the model demonstrated. The most optimistic calculations made during the research showed that such a process can oxidize the moon’s ocean roughly to the same level as they are oxidised on Earth, another researcher, Steven Vance from NASA’s Jet Propulsion Laboratory, said.

“It’s enticing to think of some kind of aerobic organisms living just under the ice”, Vance said.

Vance noted that more data on the possible levels of oxygen in the ocean under Europa’s ice might be obtained in the upcoming NASA Europa Clipper mission scheduled for 2024.