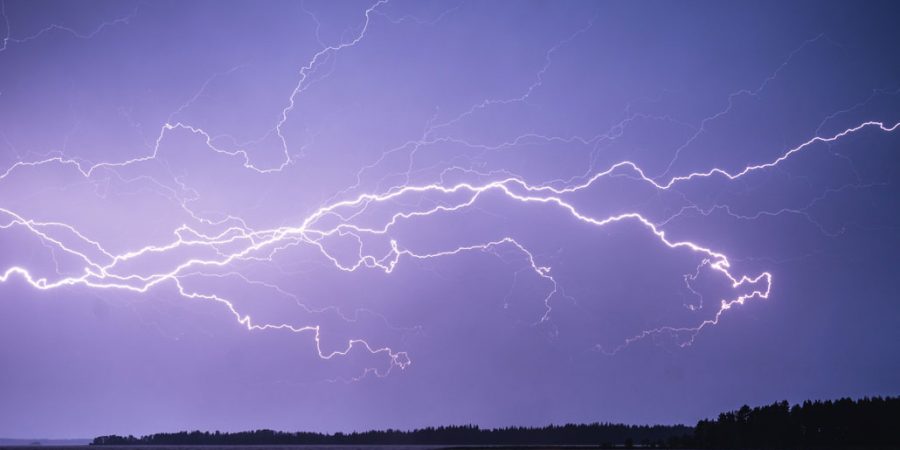 A bolt of lighting traveled the equivalent of the approx. distance between Boston and Washington DC.

Thunderstorms can be frightening at the best of times, but imagine a fork of lightning so extensive that it cuts across a distance of 700km in one go.

Now according to the World Meteorological Organization, such a bolt from the blue – referred to as a “megaflash” occurred over Brazil on October 31st, 2018 – a new world record.

Experts also confirmed a new record holder for the longest duration for a lightning strike – a whopping 16.73 seconds – which struck Argentina on March 4th, 2019.

In a statement, Randall Cerveny – the chief rapporteur in the WMO expert committee – described the new records as “extraordinary.”

“It is likely that even greater extremes still exist, and that we will be able to observe them as lightning detection technology improves,” he said.

Unlike previous records which were picked up using ground-based facilities, these latest findings took advantage of modern space-based observations – enabling scientists for the first time to record instances of extreme lightning strikes covering hundreds of kilometers.

“This dramatic augmentation of our space-based remote sensing capabilities has allowed the detection of previously unobserved extremes in lightning occurrence, known as ‘megaflashes,’ which are defined as horizontal mesoscale lightning discharges that reach 100s of kilometers in length,” said Michael J. Peterson of the Space and Remote Sensing Group of Los Alamos National Laboratory.