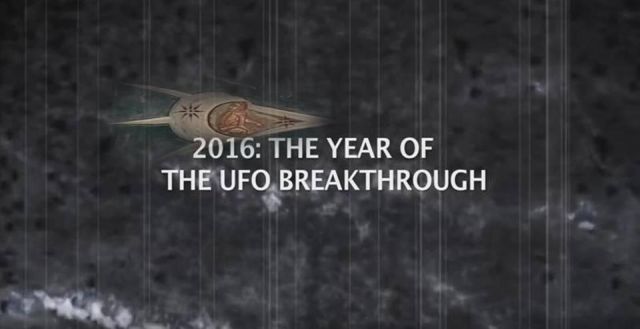 EDITOR’S NOTE: Worth the time to watch, the actual interview starts around the 4:30 mark..be patient it gets really good.

You’ve Never Heard Linda Moulton Howe Like This Before!

Join Dark Journalist Daniel Liszt for the exciting return of Coast to Coast AM Investigative Reporter and star of the History Channel’s Ancient Aliens series Linda Moulton Howe! In Part 1 of this fascinating episode, Linda, in a rare and controversial prediction, reveals that she has received inside information from trusted sources that 2016 will be the year that at long last the reality of life beyond the Earth will be acknowledged officially by the political leadership and the UFO question and alien presence will be announced!

She also warns that the covert forces of secrecy and global domination are planning to cling to their subversive blueprint for maintaining the status quo by concealing the advanced technology and sophisticated exotic energy achieved from reversed-engineered ET craft. She sees two possible timelines for the 21st century: in the first one, a new openness is achieved and the public learns to gain a certain amount of trust in the progress that begins to happen on the subject of suppressed and classified information regarding UFOs that’s been covered up since World War II. In the other timeline, the Deep State of Corporate, Media and Intelligence forces seize control and throw the world into turmoil by ramping up police state tactics, False Flag events and completing a worldwide smart grid of invasive surveillance to further centralize and control the population using established methods of fear to Divide and Conquer modern society.

Where Did UFO Secrecy Get Started? Cape Girardeau!

So many reports on classic cases, like the Roswell crash and the 1947 Kenneth Arnold Sightings are touted as being the first incident of a major UFO coverup, but Linda has discovered through the foggy mists of time a forgotten case of the crash of an off-world civilization with multiple witnesses in Cape Girardeau, Missouri in 1941. At the time, future President Harry Truman and Four Term President FDR needed to collaborate to preserve the secrecy around the alien beings that were discovered at the crash site. The beings were eventually taken to Capitol Hill in Washington D.C. (before the creation of the Pentagon) and according to new research, kept in a liquid state in jars in an underground base below the Capitol before being used in a bizarre Masonic Ritual to enact UFO Secrecy that would last for generations!

Has the time come for true UFO revelations that will give new universal meaning to humanity in the 21st century, even if it brings turmoil in the short term? Or are forces inside a Breakaway Civilization preparing their contingency plans to keep their covert advantage of UFO Technology intact? Is it time for a UFO Breakthrough?

Alarming, exciting, shocking, controversial and extremely enlightening, this is the Part 1 episode of Dark Journalist with Linda Moulton Howe that you don’t want to miss!