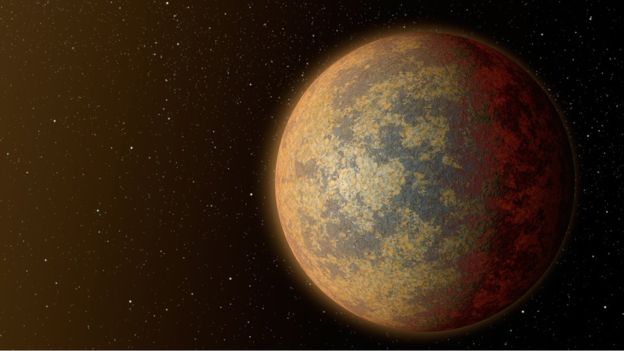 Churchill wrote the first draft in 1939, as Europe headed towards war

A newly unearthed essay by Winston Churchill reveals he was open to the possibility of life on other planets.

In 1939, the year World War Two broke out, Churchill penned a popular science article in which he mused about the likelihood of extra-terrestrial life.

The 11-page typed draft, probably intended for a newspaper, was updated in the 1950s but never published.

In the 1980s, the essay was passed to a US museum, where it sat until its rediscovery last year.

The document was uncovered in the National Churchill Museum in Fulton, Missouri, by the institution’s new director Timothy Riley. Mr Riley then passed it to the Israeli astrophysicist and author Mario Livio who describes the contents in the latest issue of Nature journal.

Churchill’s interest in science is well-known: he was the first British prime minister to employ a science adviser, Frederick Lindemann, and met regularly with scientists such as Sir Bernard Lovell, a pioneer of radio astronomy.

This documented engagement with the scientific community was partly related to the war effort, but he is credited with funding UK laboratories, telescopes and technology development that spawned post-war discoveries in fields from molecular genetics to X-ray crystallography. 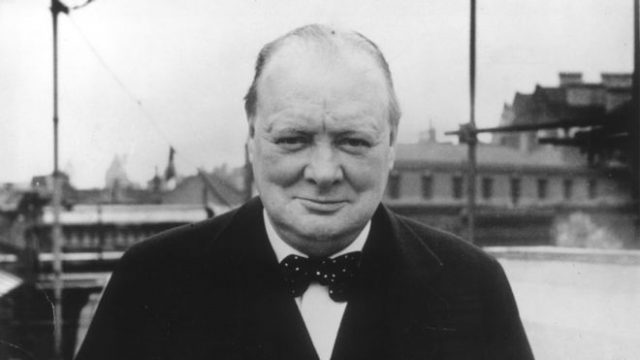 Despite this background, Dr Livio described the discovery of the essay as a “great surprise”.

He told the BBC’s Inside Science programme: “[Mr Riley] said, ‘I would like you to take a look at something.’ He gave me a copy of this essay by Churchill. I saw the title, Are We Alone in the Universe? and I said, ‘What? Churchill wrote about something like this?'”

Dr Livio says the wartime leader reasoned like a scientist about the likelihood of life on other planets.

Churchill’s thinking mirrors many modern arguments in astrobiology – the study of the potential for life on other planets. In his essay, the former prime minister builds on the Copernican Principle – the idea that human life on Earth shouldn’t be unique given the vastness of the Universe.

Churchill defined life as the ability to “breed and multiply” and noted the vital importance of liquid water, explaining: “all living things of the type we know require [it].”

More than 50 years before the discovery of exoplanets, he considered the likelihood that other stars would host planets, concluding that a large fraction of these distant worlds “will be the right size to keep on their surface water and possibly an atmosphere of some sort”. He also surmised that some would be “at the proper distance from their parent sun to maintain a suitable temperature”.

Churchill also outlined what scientists now describe as the “habitable” or “Goldilocks” zone – the narrow region around a star where it is neither too hot nor too cold for life. 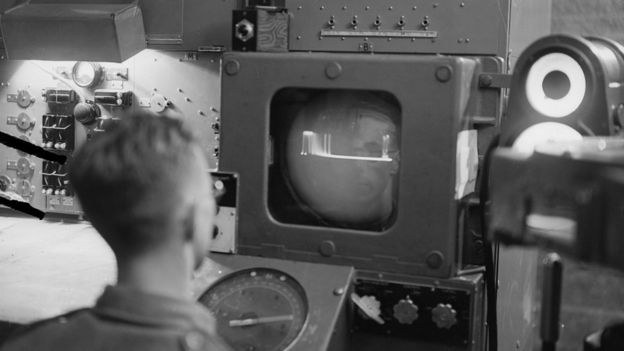 Churchill supported the development of game-changing technologies such as radar

Correctly, the essay predicts great opportunities for exploration of the Solar System.

“One day, possibly even in the not very distant future, it may be possible to travel to the Moon, or even to Venus and Mars,” Churchill wrote.

But the politician concluded that Venus and Earth were the only places in the Solar System capable of hosting life, whereas we now know that icy moons around Jupiter and Saturn are promising targets in the search for extra-terrestrial biology. However, such observations are forgivable given scientific knowledge at the time of writing.

In an apparent reference to the troubling events unfolding in Europe, Churchill wrote: “I for one, am not so immensely impressed by the success we are making of our civilisation here that I am prepared to think we are the only spot in this immense universe which contains living, thinking creatures, or that we are the highest type of mental and physical development which has ever appeared in the vast compass of space and time.”

Churchill was a prolific writer: in the 1920s and 30s, he penned popular science essays on topics as diverse as evolution and fusion power. Mr Riley, director of the Churchill Museum, believes the essay on alien life was written at the former prime minister’s home in Chartwell in 1939, before World War II broke out.

It may have been informed by conversations with the wartime leader’s friend, Lindemann, who was a physicist, and might have been intended for publication in the News of the World newspaper.

It was also written soon after the 1938 US radio broadcast by Orson Welles dramatising The War of the Worlds by HG Wells. The radio programme sparked a panic when it was mistaken by some listeners for a real news report about the invasion of Earth by Martians.

Dr Livio told BBC News that there were no firm plans to publish the article because of issues surrounding the copyright. However, he said the Churchill Museum was working to resolve these so that the historically important essay can eventually see the light of day.