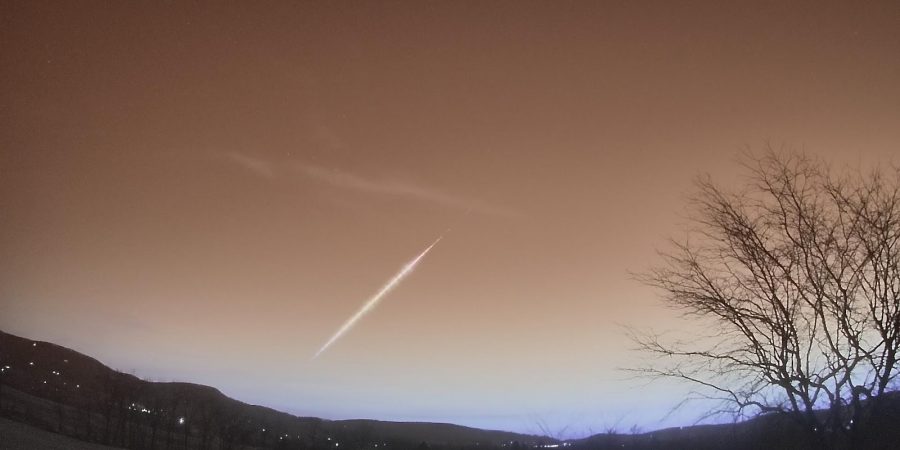 People living in Oswego, Madison and Onondaga counties reported hearing a loud ‘boom’ just after 5 p.m. on Monday that, in some cases, shook their homes.

Robert Lunsford of the American Meteor Society says a fireball, which was larger and brighter than typical meteors, entered the Earth’s atmosphere over Lake Ontario. It also caused a loud sound.

“Fireballs that are larger than normal and manage to penetrate down to the lower atmosphere will produce a sonic boom. The folks that did report some sound, they happen to be pretty close to the track of this object,” Lunsford said.

He added this kind of event is very common and is not a danger to anyone.

“This happens all the time. The white flash is the final detonation of this object which normally happens in the upper atmosphere. With the sound occurring, there is a possibility that some fragments made have made it down to the surface but it looks like they may have landed in the lake,” he said. “Most of the meteors you see in the sky are just tiny little pebbles and they burn up while still 50 miles up. These (larger and brighter meteors) penetrate a little lower so they are brighter and last a little longer but rarely, rarely do they ever make it to the ground and if they do they are tiny little fragments that land in the water or some forested area where no one can find them. It is very very rare to find any fragments of a meteor.”

So far, there have been no reports of damage from the meteor.