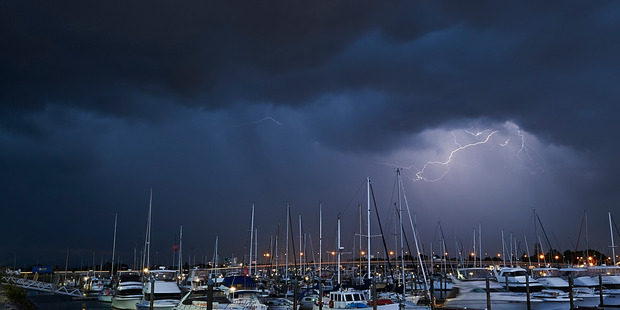 A loud bang, described as a “sonic boom”, jolted Tauranga residents awake around 3am on Sunday.

Residents from Brookfield to Te Puna reported being woken by a single loud bang which rattled windows and upset pets.

A MetService meteorologist said it was likely a thunderstorm just over Tauranga Harbour was the culprit.

Brookfield resident Roderick Davison said he was fast asleep when a loud bang, which “sounded like a sonic boom”, woke him up around 3am.

“The house rattled, it was extremely loud, almost like it was in my backyard,” he said.

He got up to investigate but no further bangs were heard, though his cats were still spooked and hiding out in the lounge.

Mr Davison posted it on the Tauranga Weather Facebook group and was swamped with responses from people who heard it or slept right through.

Some theorised it was a meteor, while others were convinced it was thunder.

One commenter said the bang sent two cats flying off the bed and sent the dogs into a flurry of barking.

MetService meteorologist Peter Little said it was more than likely thunder from a storm hovering just above Tauranga Harbour.

He said at 3.06am there were three lightning strikes, almost at the same exact time, causing one loud boom of thunder.

The storm, just to the west of Tauranga, then moved on and there was no more thunder.

“It shocked a lot of people out of bed and created some mystery because there was just the one bang. But it’s not uncommon for thunderstorms,” Mr Little said.