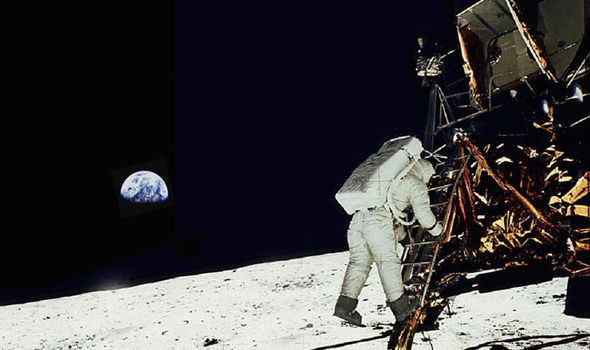 Lunar landings HOAX? Was Earth ‘Added In’ to Backdrop of Lunar Pic?

AN image of a NASA astronaut on the moon during Apollo 11, with the Earth in the background, which has been used by conspiracy theorists to argue the lunar landings were faked, appears to have been edited, it has emerged.

Moon landing deniers claim that by lightening the picture a square around the Earth was revealed, meaning it must have been cut and pasted into the image.

Moon hoax conspiracy theorists claim a desperate President JFK, who wanted to beat the Russians to the moon, ordered the production of a series of films in top-secret studios to make it look like NASA astronauts made it to the lunar surface.

It has gone on to become one of the world’s biggest conspiracy theories.

Supporters of the theory claim that the Earth had to be added to the picture, because the lunar surface we see was actually mocked up in a studio.

However, sceptical debunkers, who believe the moon landings did happen, appear to have beaten the conspiracy theorists at their own game in the case of this picture.

Debunking website Metabunk.org, claims to have proved that the picture was edited, but not by NASA… by dishonest conspiracy theorists trying to create evidence to back up their claims.

In an online thread about the image on Metabunk.org, the original NASA photograph of the astronaut was produced, and there is no moon in the background. 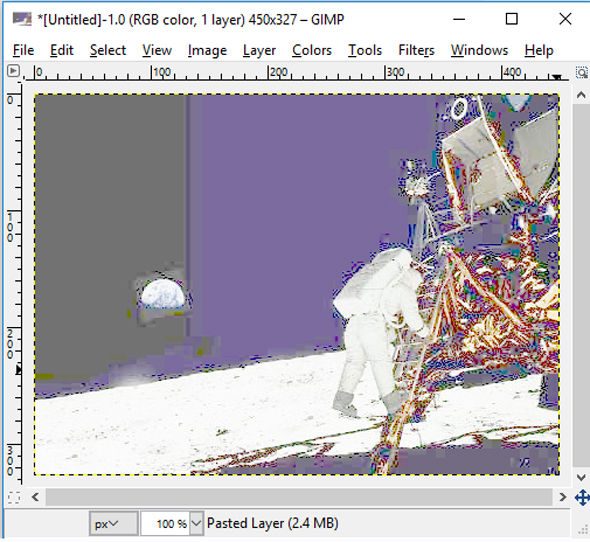 A Metabunk.org member turned up the colour and it produced a square around the earth.

A Metabunk.org moderator, with the user name Trailblazer, who revealed the image, said the picture which includes the Earth, which has been released on conspiracy theory websites, is not part of the official NASA moon missions database.

He said he even found the original NASA image of the Earth, taken from the Apollo 8 – a separate mission – collection, that has been cut and pasted into the “false” picture to create the illusion of an edited NASA image.

Trailblazer wrote: “The simple answer is that this is a fake photo, but not one done by NASA or ever claimed to be real.

“The image of the Earth has been added, and the landscape extended to the left.

“It’s worth noting that the Earth is in totally the wrong place: it’s much too low to the horizon, and also much too large.

“You can clearly see the pasted-on square with the Earth is a different colour. 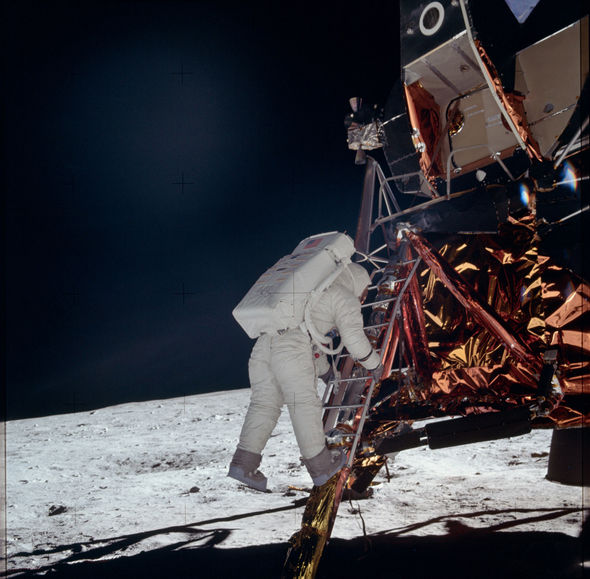 The original NASA image which includes no Earth.

“I recognise the Earth image, too. It’s not even from the correct mission! It comes from one the famous Apollo 8 “Earthrise” pictures.

“Note the cloud patterns and landmasses are identical, although the contrast and brightness have been boosted and the pasted image is rotated about 75 degrees clockwise.”

The revelation came after new Metabunk.org forum member Samuel McHugh posed a question about the “faked” picture he found on a conspiracy website.

He wrote: “I have seen a lot of conspiracy theorists claim that space exploration is fake, by turning up settings on images in manipulation programs to find squares around things, saying it proves the image is fake.

“I always dismissed this because I could never reproduce any of this. Well I tried it again on this Apollo 11 photo.”

He said he turned up the colour levels and revealed the square around the Earth. 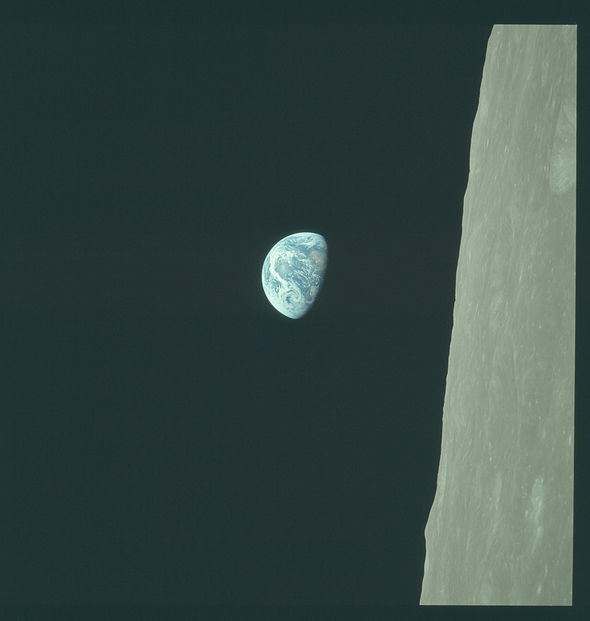 He added: “There is so much evidence people DID go to the Moon and I personally have no doubt that it was real, but what is going on in this image?”

After Trailblazer’s findings were posted, Mick West, Metabunk.org administrator, added: “Unfortunately this is very common – which is why the first step in investigating any ‘NASA’ photo should be to locate the original.”

Metabunk.org is not popular with some conspiracy theorists, and there have, of course been claims, it is run by the CIA t0o discredit their “truth-seeking” work.

Mr West, a retired video game programer, denies this and the website states: “Metabunk.org is dedicated to the art and pastime of honest, polite, scientific investigating and debunking.

“It is primarily a discussion forum, however the focus is on providing concise useful resources, and attempting to avoid repetitive debate and arguments.”