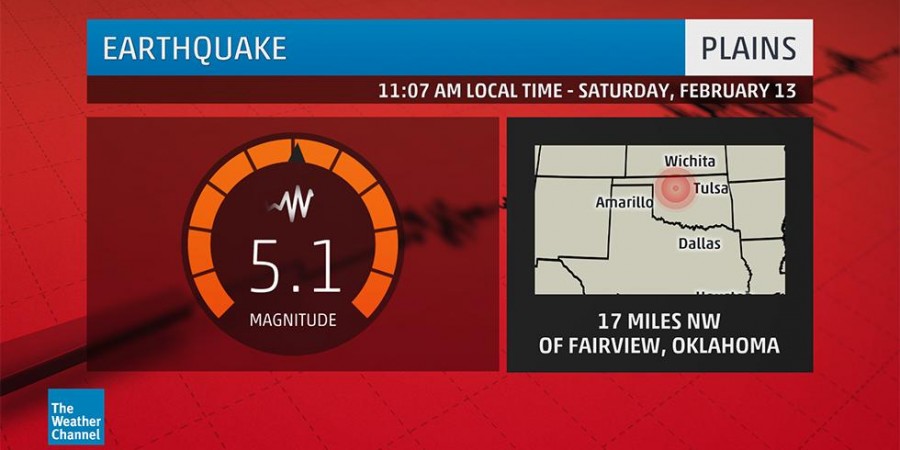 Magnitude 5.1 Earthquake, Third Strongest on Record in Oklahoma, Felt as Far Away as Kansas City

EDITOR’S NOTE: I don’t generally do earthquake updates unless it’s rare in in it’s circumstance or unusual in some way which this one is, or unless they are extremely large because the moderate ones are reported all over the MSM anyway…this was worthy of posting in my opinion.

Oklahoma was shook by its third strongest earthquake on record late Saturday morning, capable of at least some damage near the epicenter.

It was felt as far away as Fayetteville, Arkansas, the Kansas City metro area, and far southeast Nebraska.

There were reports of ‘very strong’ shaking, level VII on the modified Mercalli intensity scale, in the towns of Waynoka and Aline, Oklahoma. This level of shaking is capable of ‘moderate damage’, according to the scale.

A map put together the Oklahoma Geological Survey shows the area affected by the earthquake is a hotspot due to the fault line snaking underneath Oklahoma.

It’s possible that fracking could reactivate some of the nearby fault lines in the state, triggering larger earthquakes capable of more damage in the future.

There have been no immediate reports of damages or injuries.