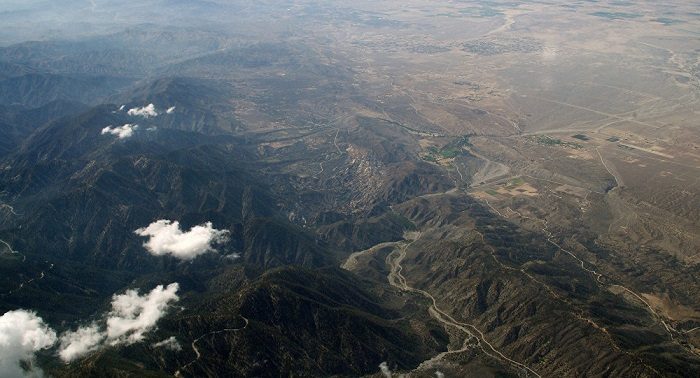 A new analysis of the changes in fault stresses in Southern California has shown that there is now an increased chance of a major earthquake on the San Andreas Fault – which could possibly impact up to 18 million people in the Los Angeles, California, area.

The study, published on Monday in the Bulletin of the Seismological Society of America, revealed that there is a 2.3% chance that a 7.5-magnitude or greater earthquake will occur on the 160-mile Garlock Fault within the next 12 months, according to the LA Times.

The probabilities provided by researchers are limited to a 12-month period because the changes in stresses are temporary, with the likelihood of another quake decreasing as time progresses.

To arrive at their findings, Stein and Shinji Toda, a professor at Tohoku University in Sendai, Japan, examined models of the changes in stresses that occurred as a result of two earthquakes, of magnitude 6.4 and 7.1, near Ridgecrest, California, in 2019.

The pair of quakes occurred within 34 hours of each other in Ridgecrest and altered the stresses present in the Garlock Fault.

“The Garlock is the link in the chain,” Stein noted. “If it comes within about 25 miles of the San Andreas, it increases the chances of an earthquake there by about 150 times.”

Current USGS natural hazard estimates for the Los Angeles area detail that there is a 31% chance that an earthquake measuring magnitude 7.5 or greater will occur in the region within the next 30 years.

Seismologist Lucy Jones, who was not involved in the research, told the LA Times that while the study presents some “elegant science,” its conclusions remain to be proven.

“It’s really interesting science, and I like the way they’ve been able to increase the complexity of how they do their modeling. That’s a real advance. But it’s not yet proven,” she said, though she added that California officials should be ready for the possibility that a quake might raise the risk of further tremors along the San Andreas Fault.