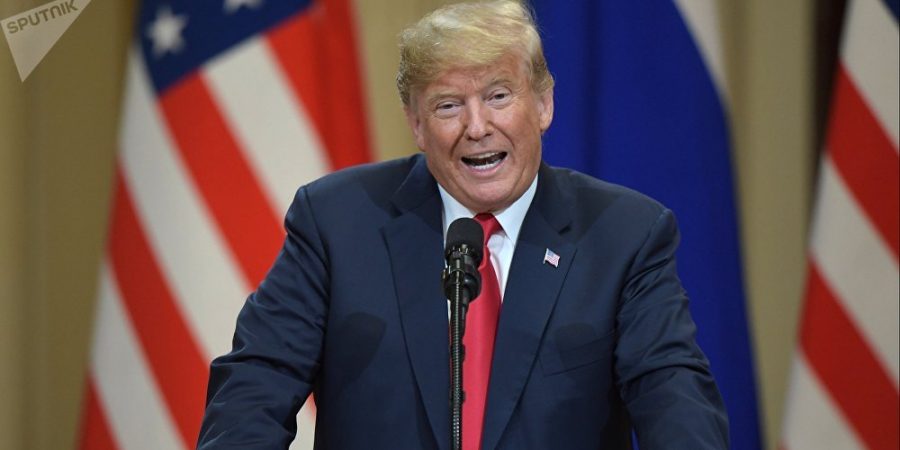 Majority of US Voters Think Russia Has Compromising Material on Trump

Slightly more than half of American voters believe Moscow has “compromising information” about US President Donald Trump, according to newly released poll data.

A Quinnipiac University poll conducted July 18 through July 23 found that 51 percent of voters think the Russian government “has compromising information” on the American president. Thirty-five percent believe Moscow does not have any “kompromat” (Russian jargon for compromising material); and approximately 15 percent of survey participants said they didn’t know.

“Responses are reported for 1,177 self-identified registered voters with a margin of sampling error of +/- 3.5 percentage points,” the pollster said in a document describing the survey’s methodology.

Russian President Vladimir Putin dismissed the idea that the Russian government tries to gather fodder for blackmail on US businesspersons visiting the country in remarks at his July 16 meeting with Trump in Helsinki, Finland.

“Over 500 high-ranking US businessmen came to the St Petersburg Economic Forum. I do not even remember their names. Do you think we are doing intelligence work and collecting compromising material on each one of them? It is hard to imagine bigger nonsense. Please get this rubbish out of your head,” Putin said.

“I have to say, if they had it, it would have been out long ago,” the US head of state remarked in reply.