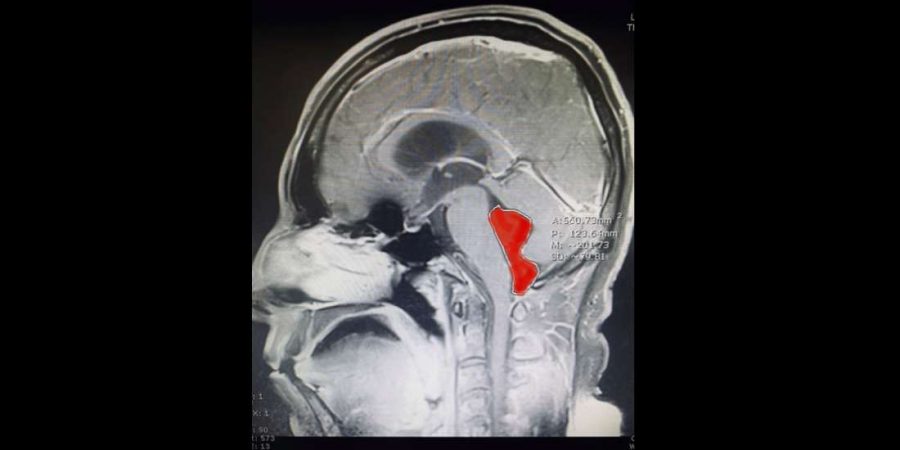 Man Has Egg-Sized Tapeworm Removed from His Brain, Was Embedded For A Decade

For years, a Texas man experienced episodes of headaches so severe that they caused him to vomit. The splitting pain eventually prompted him to seek care from medical experts who discovered a rare and unusual culprit.

In addition to the headaches, Gerard (no last name was provided) was also suffering from brainstem compression and severely elevated intracranial pressure due to hydrocephalus, a fluid buildup in the brain, which the doctor determined to be a life-threatening situation requiring emergency brain surgery.

MRI scans of the man’s brain revealed a cystic mass in the fourth ventricle of the brain, a cavity responsible for the production and transition of cerebrospinal fluid. Dr Jordan Amadio of Ascension Seton medical center in Texas told IFLScience that this was a “suspicious appearance” and ordered a pathology lab analysis.

The diagnosis: An egg-sized parasitic Taenia solium tapeworm that had been taking up residence in his brain for the last 10 years.

Tapeworms are spread through food, water, or surfaces contaminated with feces containing tapeworm or by eating undercooked or raw beef or pork, according to the Centers for Disease Control and Prevention. In most cases, the tapeworm remains in a person’s gut; rarely will larvae get into the muscle and brain. It is difficult to diagnose as symptoms are typically mild or nonexistent, but severe cases can lead to neurocysticercosis, a parasitic infection in the brain that results in a seizure-causing disease. 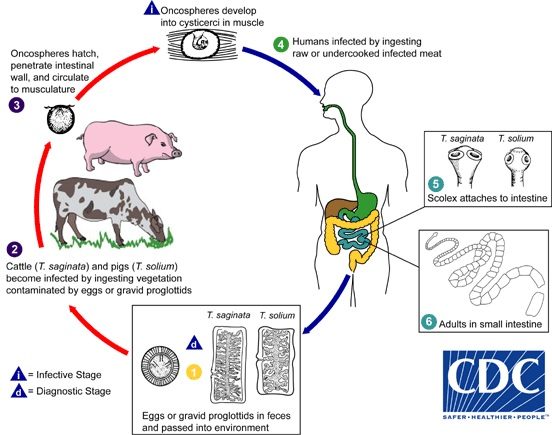 Taeniasis is the infection of humans with the adult tapeworm of Taenia saginata or Taenia solium. CDC

“One thousand cases of neurocysticercosis are diagnosed in the US every year, according to the literature, but only a small fraction requires brain surgery,” said Amadio, adding that the first sign of the disease is often seizures. “To present as a surgical emergency as a solitary cluster of larvae near the brainstem, and then to be cured with an operation, is rare.”

The tapeworm in Gerard’s brain measured between 4 and 5 centimeters and was in a “racemose” form, which means it looked like a “cluster of grapes composed of several larval cysts growing together.” Amadio says that Gerard likely ate food contaminated with tapeworm eggs, which was passed on from the feces of humans infected with the gut tapeworm, both of which are the result of poor food preparation hygiene in places where tapeworm infections are common.

“Exercise universal precautions when eating food or water, ensuring that it is prepared in a hygienic fashion. Be very cautious when living or traveling in parts of the world such as Mexico, Latin America, or India where the tapeworm is common in human hosts. If you do experience symptoms such as seizures or severe headaches, seek medical attention,” advised Amadio.

Gerard is now back at work and spending time with his family. Amadio says that the procedure was a team effort and credits the successful outcome of this case to the expert staff at the hospital.

“It is always inspiring to be able to remove a harmful lesion from a patient’s brain and see such an excellent outcome,” he added.

Warning: The following images are graphic. 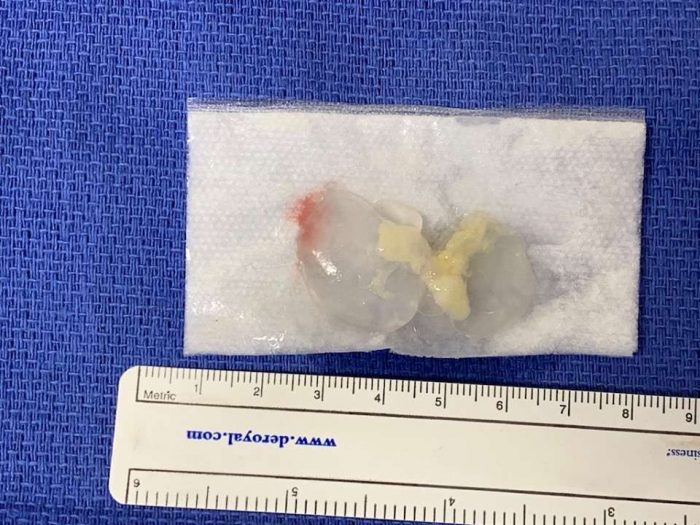 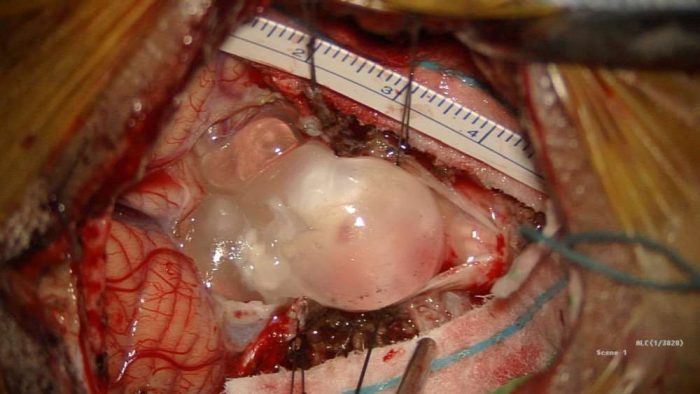 The tapeworm was in “racemose” form, which means it looked like a cluster of grapes composed of several cysts growing together. Ascension Seton