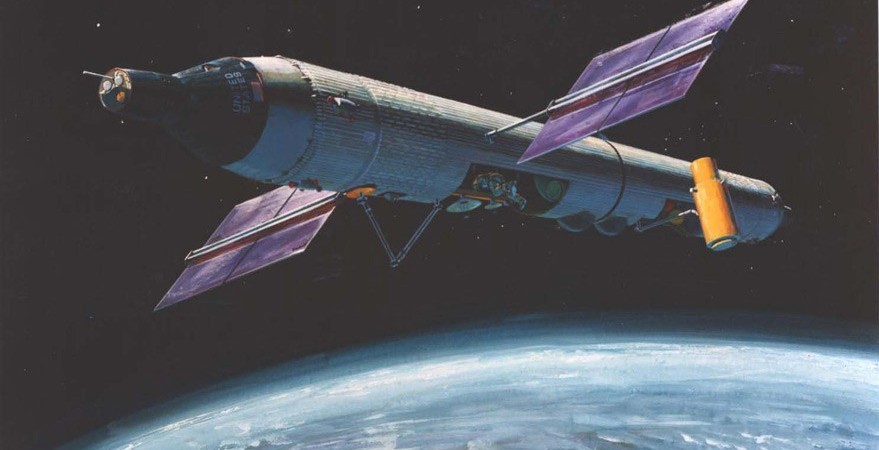 Announced to the pubic in August 1965, the Manned Orbiting Laboratory (MOL) was described as a technology-development platform that would aid manned and unmanned space efforts. The project also had a top-secret mission: MOL was to be the first U.S. manned spy satellite. The program was terminated in 1969, before any operational flights had occurred.

The rear section of MOL would have housed a Keyhole-10 spy satellite code-named “Dorian.” This space telescope was designed to be pointed down at Earth, not out toward the stars. Mission planners hoped to use MOL’s 72-inch (1.8 m) optical mirror to capture high-resolution images of the Soviet Union from a polar orbit of Earth.