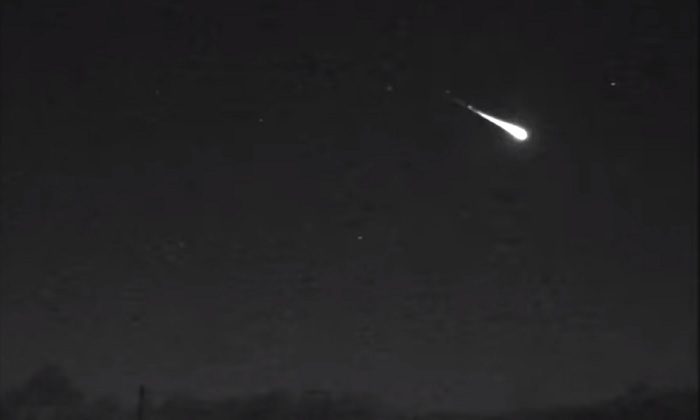 People across the UK have reported sightings of a spectacular “fireball” meteor.

The huge space object was spotted lighting up the night sky at just before 10pm on Sunday.

The UK Meteor Network, which monitors meteor sightings in Britain, said it had received hundreds of reports – with many people taking to social media to share their videos.

It said in a post on Twitter: “The reports are flooding in, 120 so far and counting. From the two videos we saw it was a slow moving meteor with clearly visible fragmentation.”

Sightings of the meteor falling from the sky were reported in London, Manchester, Milton Keynes, Birmingham, Bath, Liverpool and Devon and Cornwall.

One eyewitness in Birmingham described it as a “massive fireball”, with others saying they heard a “sizzling sound” as it moved through the sky.

Another Twitter user said: “I honestly couldn’t believe my eyes! Most incredible thing I’ve ever seen it was like a firework. I’m so excited!!!”

A stargazer in Liverpool said: “Did anybody else just see that meteor that flew over the sky in Liverpool I thought I was seeing things absolute madness a fireball flying across the sky.”

And an excited sky watcher said: “OK I might be going mad but I swear I just saw like… the brightest shooting star/meteor? Looked like a firework but was coming down from the sky?!?! Anyone else in London/Essex see something? Freaked me out.”

The UK Meteor Network says a fireball meteor is “simply a bright meteor streaking across the sky”, and it records half a dozen each year.