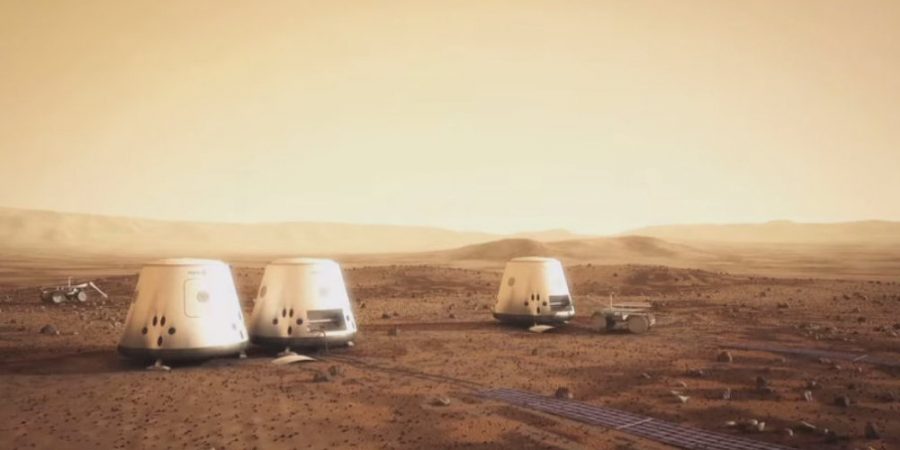 ‘Mars One Colony Humans’ May Quickly Evolve in the Martian Environment, Biologist Claims

An evolutionary biologist has suggested that human colonists on Mars could go through rapid evolution, eventually becoming an entirely new human species.

Scott Solomon, an evolutionary biologist with Rice University and the author of “Future Humans: Inside the Science of Our Continuing Evolution,” wrote on Nautilus that humans on Mars would be subjected to the “founder effect,” a phenomenon in which species entering new environments adapt very rapidly.

The founder effect occurs as a result of a new population being very small, meaning that a genetic bottleneck forms and diversity is radically lowered. The phenomena is frequently observed on islands and other remote areas. “This happens routinely to animals and plants isolated on islands—think of Darwin’s famous finches. But while speciation on islands can take thousands of years, the accelerated mutation rate on Mars and the stark contrasts between conditions on Mars and Earth, would likely speed up the process,” Solomon wrote. The founder effect can lead to the creation of new species, and Solomon argues that Mars’ atmosphere will expedite that process. “Rapid” is relative, as the process of evolution takes millions of years to create new species. Solomon claims that “just a few hundred generations, perhaps as little as 6,000 years” of human life on Mars would cause a new species to develop.

For instance, Mars’ weak gravity (.38 percent that of the Earth) could cause a rapid loss in bone density (50 percent bone mass decrease in two to three years, according to endocrinologist Michael Holick), which would lead to a greater rate of broken bones among human colonists. In response to this pressure, Solomon claims that “after many generations, Martian people could end up with naturally thicker bones than their forebears, lending them a more robust appearance.”

Mars also has a much higher rate of surface radiation, which can cause disease but can also accelerate evolution by increasing genetic variance. “After 500 days, a person on the surface of Mars would be exposed to a dose of radiation equivalent to six times the maximum annual amount allowed for employees of the United States Department of Energy,” Solomon wrote.

He suggested two likely outcomes. The first would find that colonists” bodies increased the production of melanin, which protects against radiation but also darkens skin, leading to Martians with “darker skin than anyone on Earth.” Another likely outcome is for high radiation to favor a more obscure pigment, such as carotenoid, the material that makes carrots orange. “The harsh conditions on Mars might make such unlikely events more probable if the outcome—say, bright orange skin—was very beneficial.”

In this June 4 2013 photo provided by the University of Hawaii, research space scientist Oleg Abramov walks outside simulated Martian base at Mauna Loa, Hawaii

Even the first few generations would need to significantly adapt to the Martian environment. The human body is adapted to Earth-like conditions, and Mars’ weak gravity, high radiation, and lack of microbial (or any) life would introduce numerous environmental pressures that colonists would be required to adapt to, or die.

Some scientists have disputed Solomon’s conclusions, such as Philipp Mitteröcker, a theoretical biologist at the University of Vienna. “Speciation is a long-term process that usually requires reproductive isolation over millions of years,” he said to MACH. “Some human populations had been isolated for thousands of years and are still far away from being a separate species. It is thus unlikely that humans who had colonized Mars [would] become a separate species.”