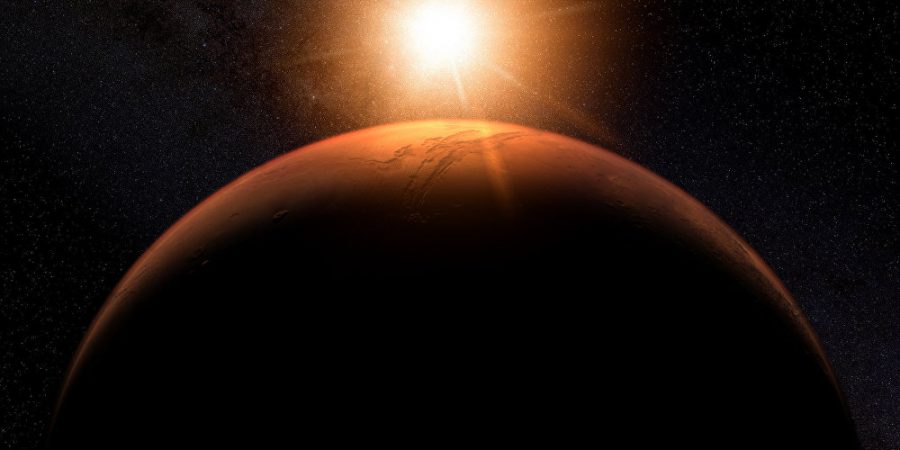 Mars Was Once Blue and a “Water World” Like Earth, Claims Professor

The red planet is considered by the collaborating authors as the likeliest place for life to have evolved, as they claim in their book, called Planets, coming out next week.

A new BBC2 series to be screened at the end of this month is set to reveal claims by Professor Brian Cox that the Earth could once have had three “blue planet” neighbours.

According to Professor Cox, the three inhospitable planets, Mars, Venus and even Mercury, could possibly have had oceans and rivers on their surface.

In “The Planets” documentary series, tracing mankind’s exploration of our solar system, he will say that the piping-hot surfaces of Venus and Mercury and the ice-encrusted Mars might once have been suitable for life, reports The Times.

Venus, the second planet from the Sun, and Earth’s closest neighbour in the solar system, is known as “Earth’s Evil Twin”.

Its temperatures can melt lead, and its atmosphere is thick with clouds of sulfuric acid.

However, it was probably the first “water world”, with oceans, a blue sky and clouds.

Venus only dried up about 700 million years ago, and most likely could have stayed that way for 2 billion years — long enough for the evolution of life on its surface.

“Data accumulated over decades of exploration… all points to the same conclusion — in the past Venus was a planet covered in shallow primordial oceans,” state Cox and co-author Andrew Cohen in their book, Planets, to be released next week.

As for Mercury, it formed in an orbit close to those of Earth and Mars, and was bigger than it is now.

“It may well have been big enough to hold an atmosphere, a watery world upon which all the ingredients of life could well have existed, before it was flung out of orbit by the gravitational pull of Jupiter,” suggest the authors.

Mars, however, is considered by the two as the likeliest place for life to have evolved.

“Once upon a time the red planet was glistening blue. Streams ran down hillsides and rivers wound through valleys,” said Andrew Cohen and Brian Cox.

Before his academic career, Cox was a keyboard player for the band D:Ream.

After it disbanded in 1997, he was awarded a PhD in High Energy Particle Physics in Hamburg, and became a household name with his BBC series Wonders Of The Solar System.