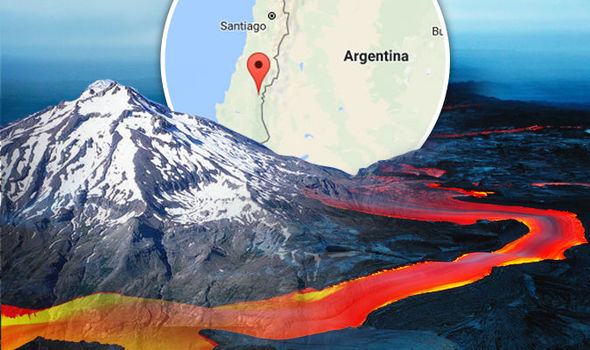 EXPERTS fear millions of lives are at risk after a MASSIVE shift of molten magma deep under South America triggered a staggering 700 EARTHQUAKES and a volcano eruption.

Seismologists and South American authorities fear the unprecedented movement of trillions of tons of molten rock – largely below Chile – has raised subterranean pressures to catastrophic levels and will eventually trigger a monster quake potentially claiming millions of lives.

Already the Chillan volcano located in central Chile has erupted – or more accurately exhibited a seismic event known as an “eruptive pulse” – which led to the 761 minor earthquakes.

An eruptive pulse is essentially a small eruption which releases lava and smoke from the volcano without a huge explosion.

However, authorities believe that it could be a terrifying indicator of things to come. 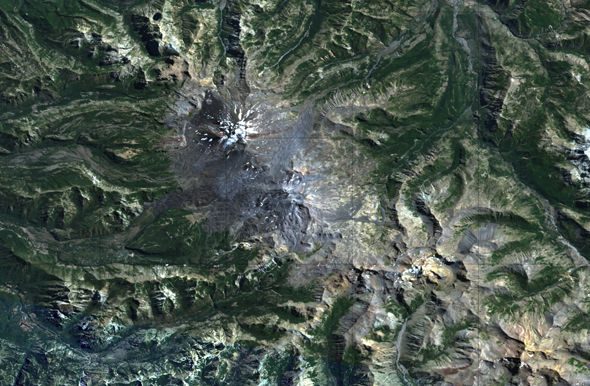 At least 67 of the 671 tremors are believed to be volcano-tectonic events triggered by a shift in the magma beneath the Earth’s surface.

The National Office of Emergency of the Interior Ministry (ONEMI) in Chile which is dedicated to natural disasters, said: “The volcanic system which continues to present activity above its threshold base and the presence of quakes lets us infer changes within the magmatic and hydrothermal fluids, which means activity in the hydrothermal system with possible partial volcanic plugs inside the conduits, enabling new phreatic and phreatomagmatic explosions of great intensity in the active craters.” 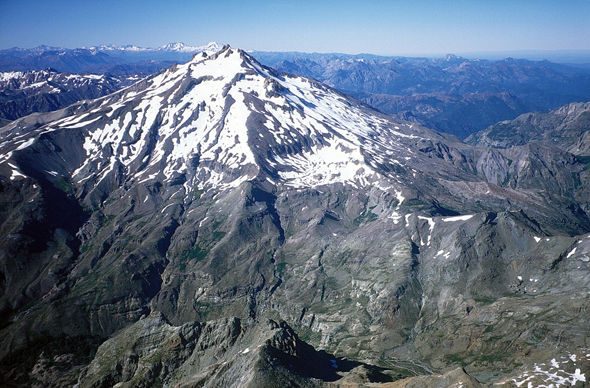 Over 700 tremors followed a small eruption at Chillan

Chillan, which stands at 3,089 metres high, entered an active phase about a year ago, and experts say that, following the latest eruption, is likely to continue for some time.

ONEMI has stated that it will maintain its current three kilometre exclusion radius around the site in order to ensure maximum protection for the public. 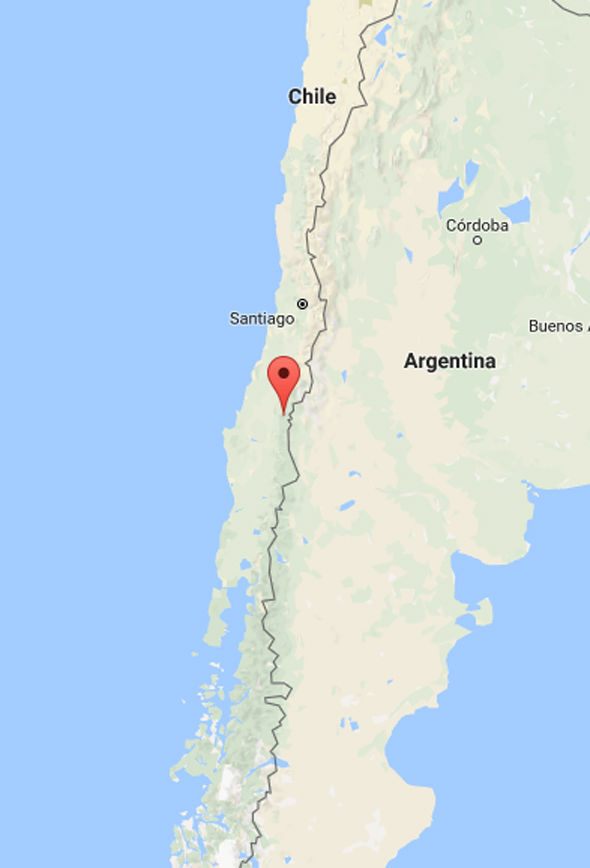 Chillan is located in central Chile

What is worrying however is that Chile sits upon the dreaded Ring of Fire – a huge 40,000 kilometre stretch where multiple fault lines connect and is often associated with heightened seismic activity.

While experts cannot predict where the next massive earthquake will strike, a study by researchers from the University of Oregon and France’s Géoazur laboratory last year stated a string of central and South American countries could be next.

A press release regarding the study which was published in the journal Science, read: “Peru [just north of Chile], Java or Mexico, which have not seen very large earthquakes over the last 200-300 years, appear to have all the necessary characteristics for a mega-earthquake in the future.”