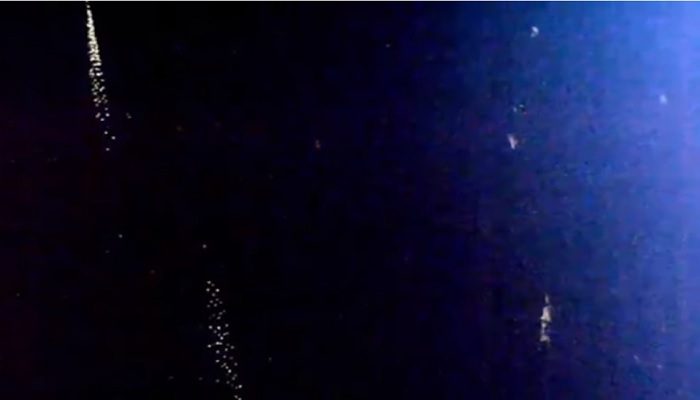 I don’t mean to be alarmist, but it dawned on me that the last time this was being spotted on ISS cameras was when the Covid-19 cases began to rise and now it appears again as the cases are rising, could there be some connection?

After 6 months, on November 15, 2020, a new huge formation of UFOs appeared on the ISS live cam while flying past the International Space Station.

Before, several waves of UFO formations appeared in February through the first week of May, 2020 on the ISS live feed camera while passing the Earth and images show that these clusters of UFOs fly in large coordinated groups.

It is suggested that these UFO formations are city lights but since the ISS circles the Earth in roughly 93 minutes, completing 15.5 orbits per day then we should see these kind of city lights on the live feed every day, but that is not the case, which makes you wonder why these kind of formations appear again or are we being watched?