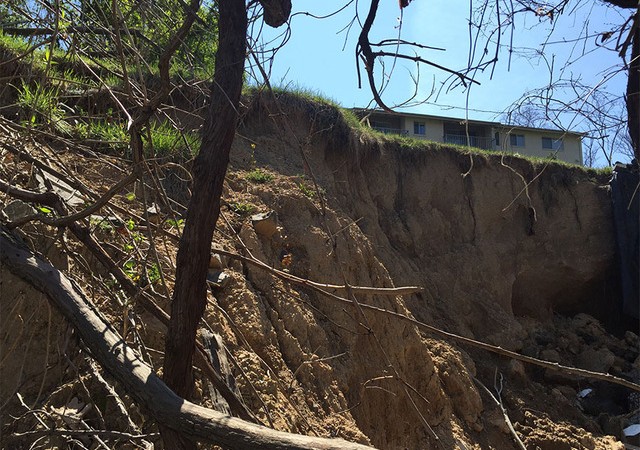 Massive Growing 15-by-40 Foot Sinkhole Threatens Anything in its Path in Linthicum, Maryland

This massive 15-by-40 foot sinkhole is still growing and threatens anything in its path in Linthicum, Maryland.

It has already swallowed large trees, a large portion of a chain-link fence and is creeping closer to nearby houses every day.

It’s moving, and it’s moving towards some properties around. And hopefully, nobody is going to get hurt. 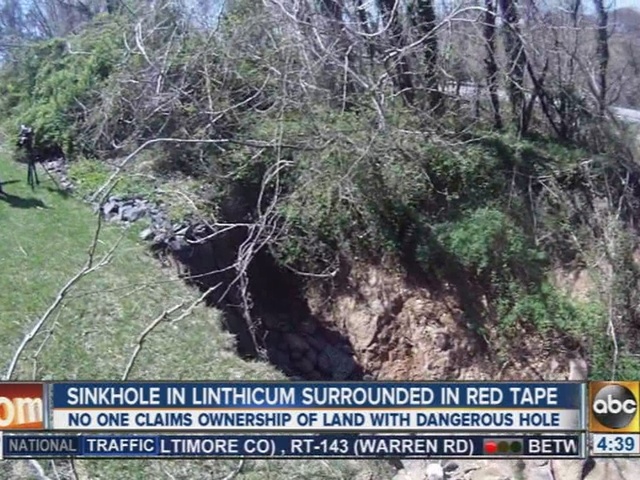 But nobody seems to be interested and want to take their responsibilities… The county says it’s the state responsability because the sinkhole sits along state road. The state says the apartment cmplex owners have to take acre of the crater. 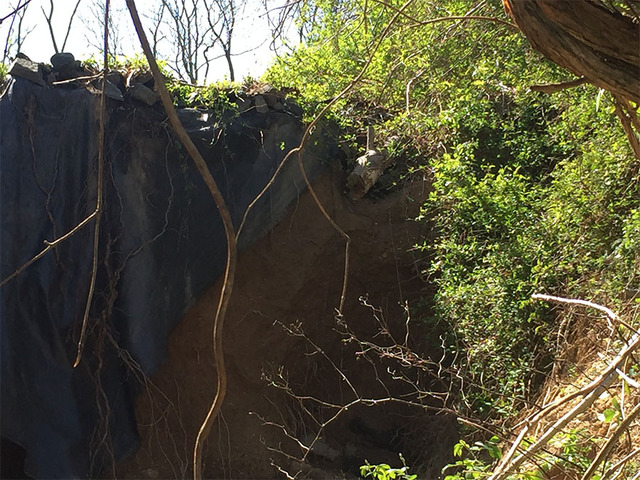 Meanwhile residents are in danger! Many children live in the apartments above it. 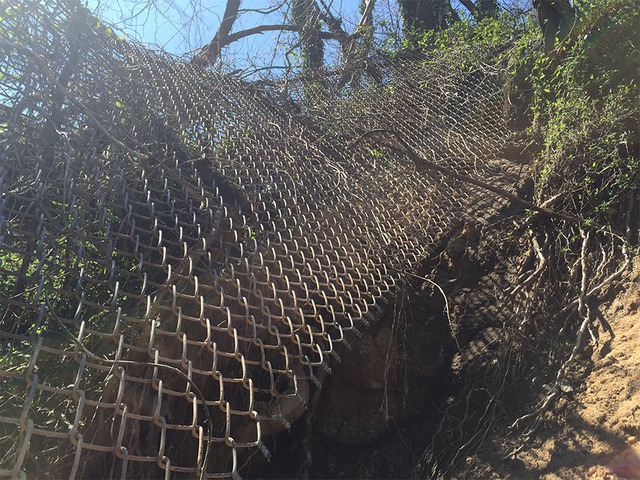 This is actually the second sinkhole that appeared exactly at the same place. And it took years to get someone to fix it. They fixed it, but they didn’t fix it right, because it came back again.

It really could be a real tragedy if tons of dirt and soil should collapse on top of someone risking their life!