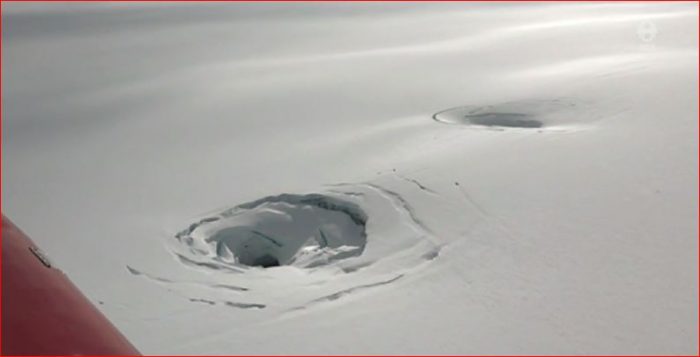 The largest glacier of Iceland is melting.

Giant holes as large as 1,300 feet wide and caused by volcanic eruptions have opened up in Vatnajökull.

Vatnajökull is the second largest glacier in Europe, covers 8 percent of Iceland and several volcanoes. In the last few years, the enhanced seismic activity has created several glacial floods in the area. 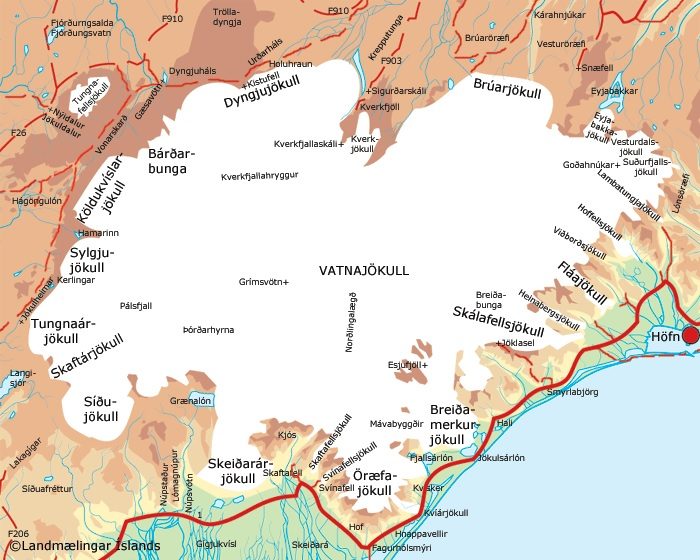 The largest glacier of Iceland Vatnajokull and the volcanoes buried under its ice.

Now, huge holes more than 1300 feet wide and several hundreds of feet deep are appearing in the ice. These cavities mean that the ground beneath the glacier has been left exposed for the first time in hundreds or thousands of years, since the glacier itself was formed. 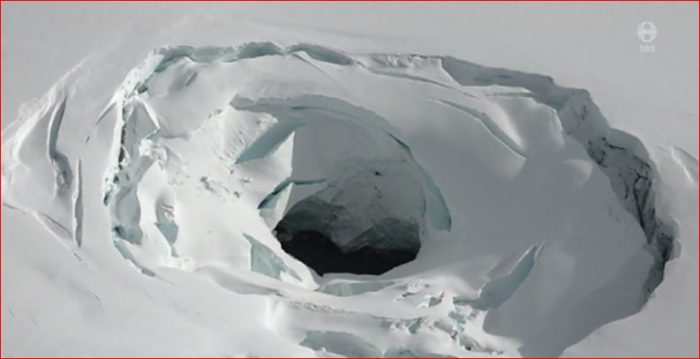 Giant holes in the ice of the largest glacier of Iceland. via RUV.is

Scientists believe it is very important to be vigilant against the creation of any more calderas, which raise the likelihood of a glacial flood. 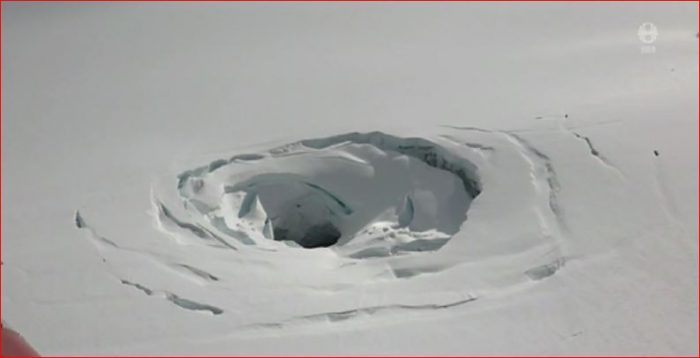 The cavities in the ice are hundreds of feet deep and up to 1300 feet wide. via RUV.is

These floods – jökulhlaup – occur when the dam that contains a glacial lake fails. They can occur simply as the result of a buildup in pressure but are more likely to be caused by a volcanic eruption or earthquake, as in 2010 during the second eruption of the Icelandic volcano Eyjafjallajökull. 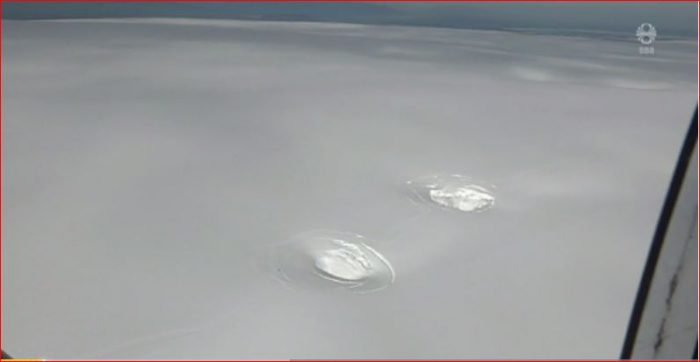 The giant holes in the ice are forming continuously. via RUV.is

There is something weird happening on the largest glacier of Iceland and nobody can determine what it indicates. Prepare and get READY for the next large eruption.