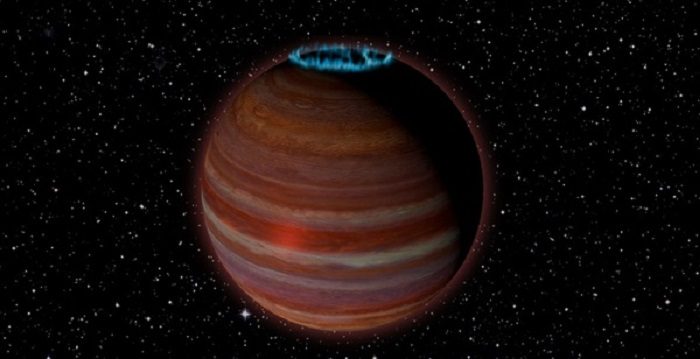 Maybe this Planet X or Nibiru? It is only 20 light years away (fairly close in terms of celestial distances).

A mysterious large object is floating around outside our solar system and researchers aren’t sure exactly what it is – although it could be a rogue planet.

In the first radio-telescope detection of a planetary-mass object beyond our solar system, astronomers have found the strange celestial body has 12.7 times the mass of Jupiter. It doesn’t appear to orbit a parent star, however, and is only 20 light-years away from Earth.

“This object is right at the boundary between a planet and a brown dwarf, or ‘failed star,’ and is giving us some surprises that can potentially help us understand magnetic processes on both stars and planets,” study lead astronomer Melodie Kao said.

A brown dwarf is an object too large to be a planet, but isn’t big enough to sustain the nuclear fusion of hydrogen in its core that is vital to stars.

The object, which has been named SIMP J01365663+0933473, was first detected in 2016, but was thought to be a brown dwarf. The latest data reveals it’s younger than first thought at a relatively youthful 200 million years old, and its mass is smaller, so it could be classified as a planet. Its temperature is also far cooler than the sun, at 825 degrees Celsius. It also has a strong magnetic field, 200 times the strength of Jupiter.

The researchers were able to pick up on the object’s magnetic activity using a powerful radio astronomy observatory called the Very Large Array, a National Science Foundation facility in New Mexico.

The methods used suggest the researchers may have “a new way of detecting exoplanets, including the elusive rogue ones not orbiting a parent star,” researcher Gregg Hallinan said.