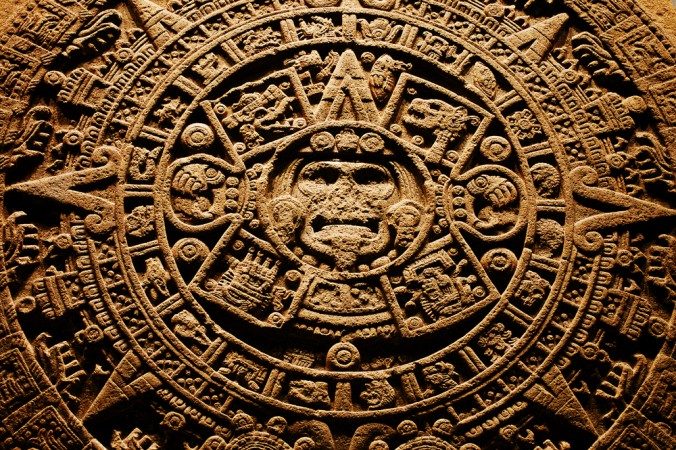 Ancient Mayan and Chinese calendar systems share so many similarities, it is unlikely they developed independently, according to the late David H. Kelley, whose paper on the subject was published posthumously in August.

Kelley was a Harvard-educated archaeologist and epigrapher at the University of Calgary in Canada. He earned fame in the 1960s for major contributions toward deciphering the Mayan script. His article, titled “Asian Components in the Invention of the Mayan Calendar,” was written 30 years ago, but was only recently unearthed and published for the first time in the journal Pre-Columbiana.

In 1980, a major science journal had solicited the article, said Pre-Columbiana’s editor Dr. Stephen Jett. But, Jett said, “the editors rejected it as being overly documented for the journal’s spare format; understandably for so revolutionary an effort, Dave did not wish to weaken the documentation, and he never published the piece elsewhere.” Jett obtained Kelley’s permission to publish it before he died.

The hypothesis Kelly presented is controversial. He said that the calendars indicate contact between Eurasia and Mesoamerica more than 1,000 years ago, contradicting mainstream archaeology’s understanding that such contact occurred for the first time only a few hundred years ago.

Kelley supported the controversial theory of early transoceanic contact in general. It is a theory that has many other academic proponents and that Pre-Columbiana specializes in exploring. The similarities in the calendar systems is only part of a growing body of evidence for early contact.

Kelley also isn’t the only one to have noticed the similarities between the calendar systems. But given his authority as an expert on Mayan history, his analysis is a pillar on which to base further study.

Another researcher, who coincidentally has the same name but with a different middle initial, David B. Kelley (his whole name will be used to avoid confusion throughout the article; “Kelley” will only be used to refer to David H. Kelley), has used a computer program to further analyze the similarities between the two calendar systems.

David B. Kelley is an East Asian linguist at Showa Women’s University in Tokyo. His paper, titled “Comparing Chinese and Mesoamerican Calendar Dates,” was also published in the recent issue of Pre-Columbiana.

The Similarities
In both calendar systems, the days are associated with various elements (water, fire, earth, and so on) and animals. While the various associations don’t line up perfectly between the two systems, they do frequently correspond.

Some of the differences may be accounted for by changes over time; the same root calendar system may have been tweaked by each culture in different ways.

We’ll explore only a couple of the similarities mentioned by Kelley and David B. Kelley as examples. 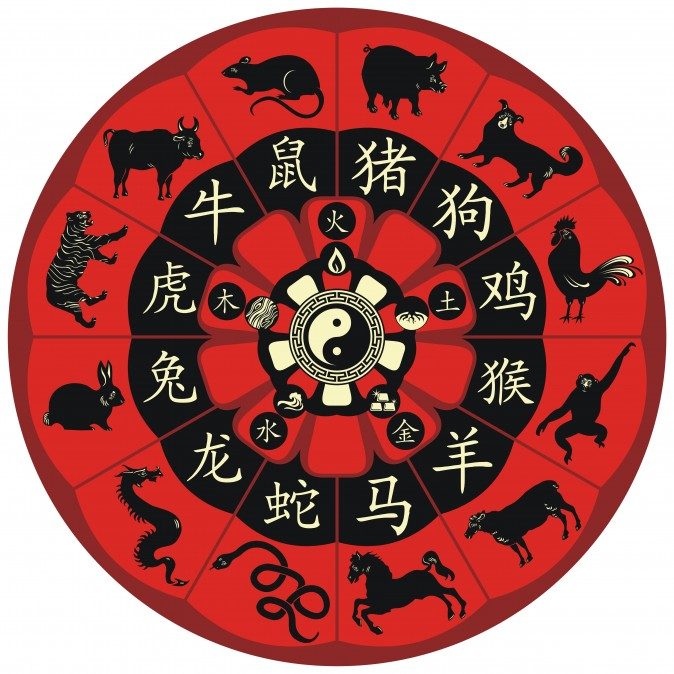 The Chinese zodiac wheel, including symbols of the five elements. (Yurumi/Shutterstock) 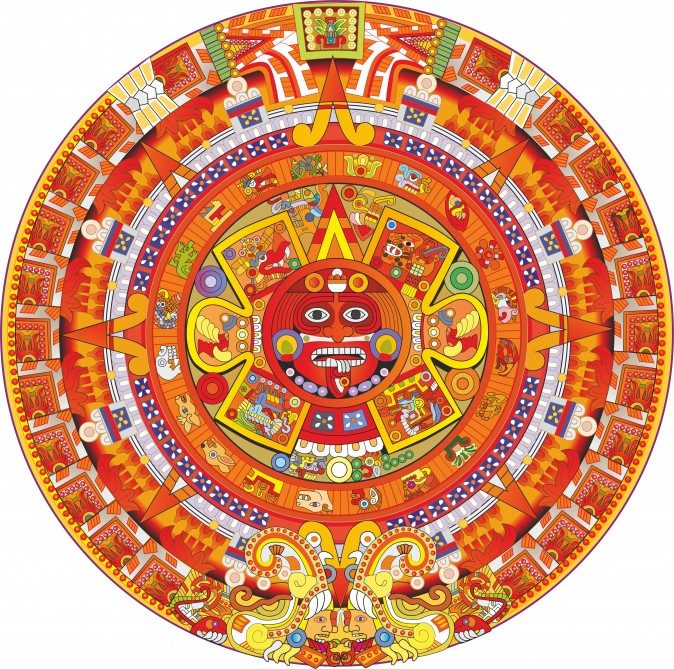 The same days in the Mayan and Chinese calendars are associated with the deer, the dog, and the monkey.

Old World domesticates, such as the horse, sheep, cow, and pig are also missing from the Mayan calendar.

Another example of a similarity between Mesoamerican and Chinese calendars is the combined symbolism of the rabbit and the moon.

“The Aztec day 8, Rabbit, was ruled by Mayauel, goddess of the moon and of the intoxicating cactus drink pulque,” Kelley wrote. Representations of the rabbit in the moon are first seen in Mesoamerica around the 6th century A.D. “Pictures of the rabbit in the moon pounding out the elixir of immortality are Chinese favorites, first appearing in Han China in the first century B.C. or slightly earlier.”

Kelley concluded that: “The animal names in the Mayan calendar system … are clearly derived from a prototypical form of a Eurasian expanded list.”

The Chinese system also corresponds to this Eurasian list. Across the ancient Old World, calendar systems intermingled. Kelley thus looked at Greek, Indian, and other systems as examples of how the calendars in different cultures have similar roots, but take on slightly different forms.

This helped him understand the similarities and differences between the Chinese and Mayan calendars and to infer that they both ultimately have the same source and did not develop independently. It also shows that where elements of the Mayan calendar diverge from the Chinese, they may still align with other Eurasian systems, supporting the theory of early contact.

At first, he didn’t find any matches for these elements, though he did find correlations in animal associations as Kelley did. But when he slightly tweaked the parameters of his comparison, he found a lot more overlap.

Some background explanation is necessary here. The start date of the Mayan calendar has been a matter of debate. No one knows for sure when it started, though it is commonly held that it began on Aug. 11, 3114 B.C.

David B. Kelley started with this assumption, and found nine matches between the two systems within any given 60-day period, all related to day names and animal associations.

But then he tried shifting the start date slightly. When he shifted it by four days, to Aug. 7, 3114, the matches increased from nine to 30 within any 60-day period, and the matches included the elements.

The accuracy of his comparison has some limitations aside from the tweak in start date. Elliott warned that his program would become increasingly less accurate the further back in time one used it to analyze dates.

Yet David B. Kelley wrote: “In spite of the lack of a solid match, the possibility of some sort of systematic relationship between certain Mesoamerican day names, and both the Chinese Heavenly Stems [elements] and Earthly Branches [animal associations] is tantalizing, to say the least.”

“If, indeed, it can be demonstrated that there is any reasonable degree of relevance for the idea that the Mesoamerican calendar system may be related, even in some minor way, to the Chinese calendar system, then an opportunity to test the Mesoamerican calendrical calculations against a known system (i.e., the Chinese) becomes available,” he said.

That’s not to mention the implications for ancient contact between the Old World and the New.

Symbolism, Associations Not an Exact Science
Kelley had a daunting task untangling the knots of changing associations over time. He gave some examples of how associations that don’t seem at first glance to correspond to each other may have some relation.

“The correspondence of Lightning Storm, Female Dog, and Turtle would normally be considered discrepant,” Kelley wrote. “However, the goddess of the 19th Aztec day was Chantico, a fire goddess, turned by the other gods into a dog.

“The concept of a Lightning Dog is found in Asia throughout the areas of Buddhist influence and is also found in Mexico. A Tibetan manuscript actually shows a Female Lightning Dog seated on a turtle, thus nicely combining the concepts associated with the 19th position of the animal lists. The Mayan Madrid Codex also depicts a dog seated on a turtle—a biological oddity.”

In addition to animal or element associations, both Kelley and David B. Kelley noted linguistic similarities between the day names along with other supporting evidence.

David B. Kelley wrote: “Perhaps one of the most tantalizing aspects of a comparison of the Mesoamerican systems of numerals lies in linguistics, where it can be demonstrated that the words reflecting vigesimal orders of magnitude, in certain Maya dialects, and the words reflecting decimal orders of magnitude, in certain Chinese dialects, are almost interchangeable.”

Kelley concluded: “In my opinion, the correspondences that I have discussed forcefully indicate cultural contacts of some sort between people of Eurasia and people of ancient Guatemala or nearby Mexico.”

He surmised that such contact may have occurred around the late first or early second century A.D. He said his conclusions are “disputable but are the best solutions that I have been able to find.”