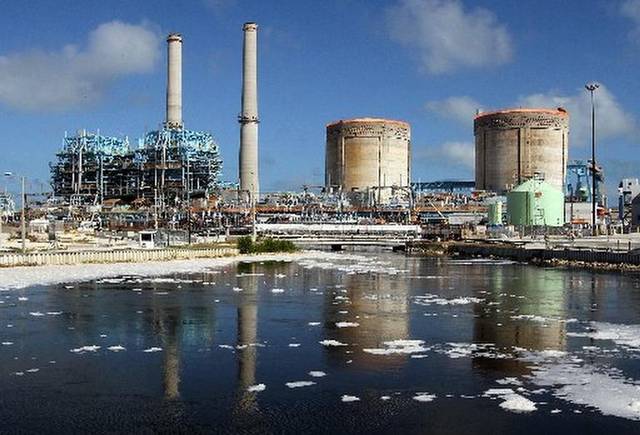 While the world is distracted by bathrooms, celebrity gossip, and Beiber’s new haircut, the world is having MAJOR issues that need attention and cooperation to prevent us sleep walking into preventable catastrophes. Below are just SOME.

MISSOURI:
According to a Missouri emergency plan a fire at the Bridgeton Landfill is closing in on a nuclear waste dump. The fire has been burning uncontrolled for over five years. Clouds of smoke drift into St. Louis leaving it heavily polluted. In December of last year, the EPA said they would install a physical barrier to isolate the nuclear waste, but it could take up to a year to build. Many residents aren’t happy with that timetable, and think the government haven’t done enough to prevent this possible environmental disaster. Apart from the threat of nuclear waste erupting into flames in the near future, there are also two nuclear reactors inside the United States that have been leaking for months.

FLORIDA:
A study by Miami-Dade County concluded that the area’s 40 year old nuclear power plants at Turkey Pointare leaking into Biscayne Bay. This damage is polluting the bay’s surface waters and it’s fragile ecosystem. Recently bay waters near the plant have had a large plume slowly moving towards water wells several miles away that supply clean water to millions of people in Florida. Samples taken during the study found things from radioactive tritium, ammonia, and phosphorous. The scientists conducting the study say the levels of tritium are too low right now to harm people.

“We now know exactly where the pollution is coming from, and we have a tracer that shows it’s in the national park,” said Laura Reynolds, an environmental consultant who is working with the Tropical Audubon Society and the Southern Alliance for Clean Energy, which intend to file the lawsuit, according to the Times. “We are worried about the marine life there and the future of Biscayne Bay.”

NEW YORK:
Indian Point nuclear power plant in New York. At this site, there’s been an uncontrollable radioactive flow leaking into the groundwater which leads into the Hudson River, only 25 miles from New York City. The tritium leak is the ninth in just the past year. Thyroid cancer registered the biggest increase, going from 13 percent below the national average to 51 percent above. But apparently things like this don’t make the news anymore, only celebrity gossip, and political distractions. There are some folks out there however, that wish you to be informed of our actual priorities. If you’re one of them, feel free to share this information with others to help raise awareness towards the real issues that need attention.