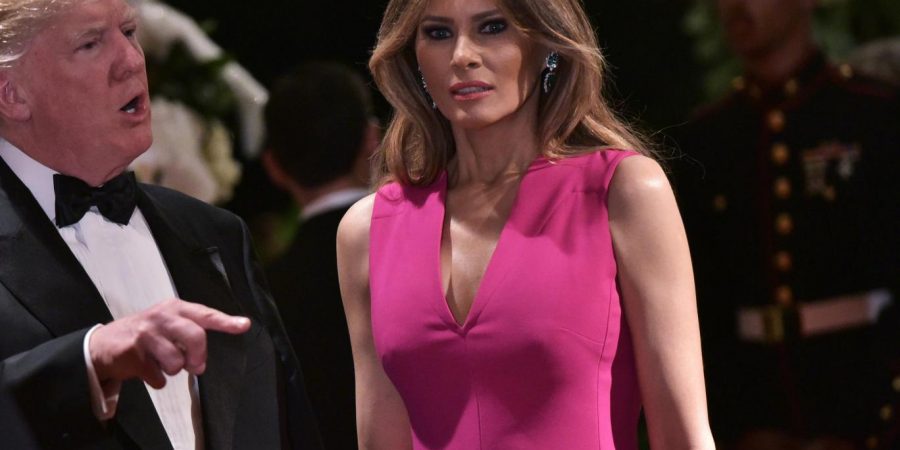 Melania Trump could have been deported and banned from the US if Donald Trump had been president when she was working as a model in the 1990s, immigration attorneys have said.

In 1996, Ms Trump—then Knauss—was paid for modelling work undertaken in the United States while travelling on a visitor—or tourist—visa, violating the terms of entry, according to documents obtained by the Associated Press.

The first lady allegedly earned more than $20,000 (£16,000) in the seven weeks before she acquired legal permission to work in the country.

She went on to apply for a green card in 2001 and became a naturalised US citizen in 2006 without disclosing any past indiscretions.

Under new rules brought in by Mr Trump last month, immigration officials are now required to prioritise the removal of any foreign national who has “engaged in fraud or willful misrepresentation in connection with any official matter or application before a government agency”.

Ms Trump put herself into this category when she violated her visa and did not disclose the indiscretion when applying for future travel and residency permits, a pair of immigration lawyers told the Slate website.

She would likely have faced deportation under Mr Trump’s 25 January executive order if it had been in effect and she had been caught in the 1990s, or in fact at any point before becoming a naturalised US citizen in 2005.

Hasan Shafiqullah, deputy attorney in charge of the immigration law unit at the Legal Aid Society, said Ms Trump would have been at serious risk of deportation if caught in the 90s by a time-travelling Trump administration.

She said that if Ms Trump did in fact undertake paid work while in the United States a tourist visa, she “definitely violated her status, and if it came to immigration’s attention, yeah, they certainly could put her into removal proceedings”.

In theory, Ms Trump’s citizenship could still be revoked on the grounds that she willfully misrepresented or concealed facts relevant to her naturalisation.

Historically, this has only been done in extreme cases, with terrorists and war criminals among those targeted.

But Mr Trump has ordered the Department of Homeland Security (DHS) to actively target and deport people who were technically violating the rules, insisting that if immigrants violate US law in any way, “they have to go”.

These include those whose indiscretions were considered too minor to act on by Barack Obama and other presidents before him.

Documents released by the DHS this week revealed that immigration officials intend to put his instructions into practice.

A lawyer representing Ms Trump said the documents obtained by the AP were not familiar to him but did not otherwise challenge their veracity or deny that she had done the work which would have violated the terms of the B1/B2 visitor visa she initially travelled on.