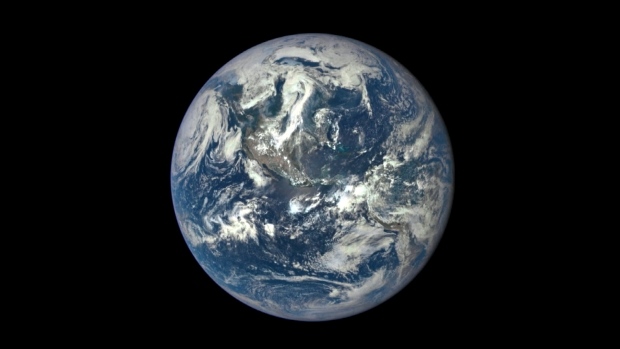 With human-caused climate change, we puny creatures are having some powerful effects on our entire planet, including one you might not imagine was possible — making it spin more slowly.

The melting of glaciers near the Earth’s poles and the resulting rise in sea level is slowing down the Earth’s rotation and making each day a little longer, a new study confirms.

Scientists had predicted it would happen, but to their puzzlement, they couldn’t measure much of an effect.

Glaciers contain a huge amount of mass near the poles, close to the Earth’s axis of rotation, which runs from pole to pole. When glaciers melt, the meltwater ends up in the oceans, which have most of their volume near the equator, farther away from the Earth’s axis.

Just as a spinning figure skater slows down as she extends her arms out from her chest, moving mass away from the Earth’s axis of rotation should slow the Earth down, says Mathieu Dumberry, a physics professor at the University of Alberta who co-authored the paper published today in the journal Science Advances.

Scientists measure changes in the speed of the Earth’s rotation over thousands of years by looking at records of ancient eclipses recorded by civilizations such as the Babylonians, Dumberry said.

Because astronomers know the Earth’s orbit very precisely, they can predict exactly what date and time eclipses should have been visible if the Earth were always rotating at the same rate as it is today. But if the Earth were rotating at a slightly different speed, the part of the Earth facing the moon at a given point during the eclipse would be different.

The eclipse records showed the Earth just wasn’t slowing down as much as scientists expected as the glaciers melted, based on our most recent understanding of different factors that affect the Earth’s rotation. Those include:

The numbers just didn’t add up, and scientists couldn’t explain why.

The new study, led by Jerry Mitrovica, a professor of geophysics at Harvard University, found there was a piece missing. We only directly observe the rotation of the Earth’s surface, but the Earth’s liquid core doesn’t rotate at the same rate.

“It’s like a hamster in a wheel,” Dumberry said. “The hamster runs in one direction and the wheel [turns] in the other.” 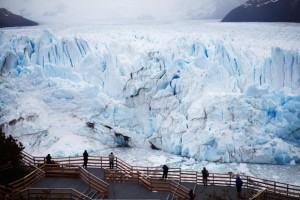 Glaciers such as Argentina’s Perito Moreno contain a huge amount of mass near the poles, close to the Earth’s axis of rotation. When glaciers melt, the meltwater ends up in the oceans, which have most of their volume near the equator, farther away from the Earth’s axis. (Mario Tama/Getty)

“Earth’s core has accelerated,” Dumberry said. “It has been moving slightly faster in the past 3,000 years.”

The researchers added that missing piece of information to their calculations, along with the latest tide gauge and satellite data about the amount of sea-level rise and post-glacial rebound. They found glacier melt due to climate change since the industrial revolution has caused the Earth to slow down exactly as they had predicted.

How much? Don’t expect too much extra time on your hands — researchers predict that a century from now, Earth’s slower rotation will make each day 1.7 milliseconds longer.