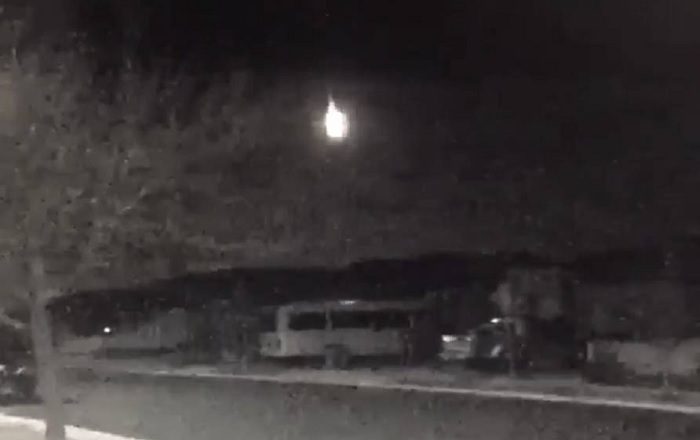 A meteorite which was seen in the skies above the south-west last night was spotted from as far away as Hamilton and Portland.

Security camera footage of the bright light falling to earth was captured by Tracey Reid’s home CCTV in Horsham at 8.27pm, but it was seen and heard by people in Hamilton and Portland.

Astronomical Society of Victoria president Russ Cockman said it was “definitely a fireball meteor” based on its peak brightness and then the way it faded.

“Sometimes small pieces survive passage through the atmosphere and land, to be found by meteorite hunters,” Mr Cockman said.

He said several meteors hit the earth every day, but because the earth’s surface is 75 per cent water they mostly fall in the ocean or unpopulated areas and go unnoticed.

Mr Cockman said the meteors can be quite spectacular and capture the imagination.

He said it wasn’t unusual for a meteor to make a loud noise, and said the video clearly showed it was a meteor because space junk tends to hit earth much more slowly.

Mr Cockman said meteor sightings were becoming much more common with more people having access to security cameras and webcams in their cars.

“There’s more eyes on the sky to pick up these events,” he said.