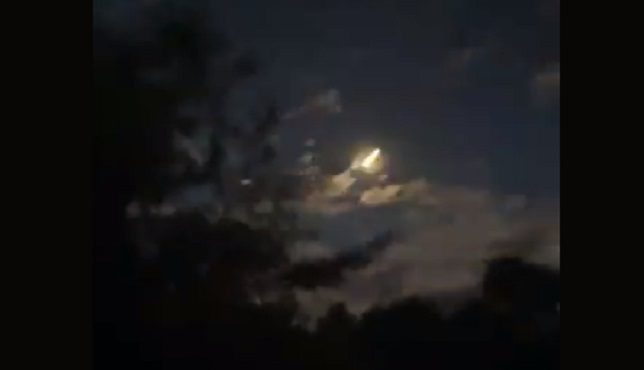 A fireball lit up the night skies across Colorado and New Mexico on Tuesday night, video of which has dazzled many online, while others couldn’t help but speculate about invading aliens as a fitting addition to the chaos in 2020.

According to the American Meteor Society, there were at least 54 reports of a fireball spotted across the US at roughly 3am UT.

Incredible eyewitness video shared on social media captured the moment the apparent meteorite, complete with greenish hue, broke up upon entry in the Earth’s atmosphere.

Guys, we just saw one of the craziest things we have ever seen in our lives and I managed to capture some of it. A meteor for the ages! pic.twitter.com/kPIchIPREV

“Huge fireball meteor(?) over Durango, Colorado / northern New Mexico – fell slowly from directly above toward mountains to the east,”wrote one stunned witness.

“Fell like slow, bright flare – then broke into 3+ pieces, flashed multiple times before falling behind the hills.”

No sooner had the comet NEOWISE faded into the distance than Earth was treated to not one but two simultaneous meteor showers: the southern Delta Aquarids and the Alpha Capricornids.

Neither were considered major, but they clearly increased the odds of stunning visuals like the footage captured Tuesday night.

That explanation was just too boring for some, however, as cosmic comedians couldn’t resist suggesting that the natural extraterrestrial phenomenon was actually aliens.