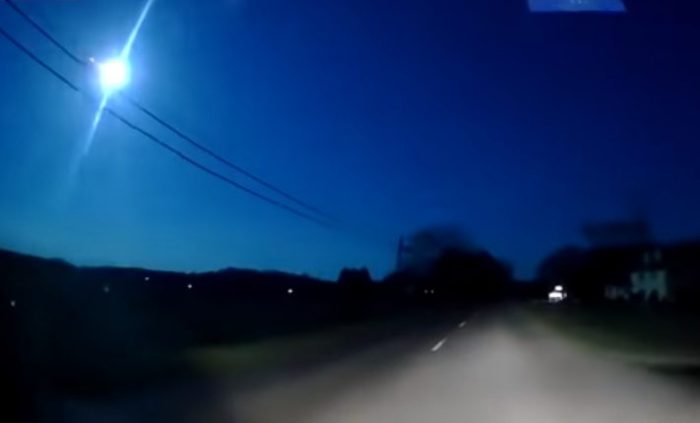 Hundreds of individuals in at least 12 US states witnessed an incredibly bright, blue-green fireball streak across the sky late Tuesday night.

A Wednesday release by the American Meteor Society (AMS) announced the organization received a total 360 reports from some 12 states detailing alleged meteor activity.

Though the majority of witnesses came from Virginia; Washington, DC; and Maryland around 11 p.m., AMS reports the meteor was seen from South Carolina to Vermont throughout the night

The fireball, which is said to have traveled north to south, was so bright that the NASA/NOAA GOES-16 weather satellite’s lightning detector was triggered by the phenomenon.

Don't worry, if you live along the East Coast and saw a bright blue/green light streaking across the sky last night; you're not crazy. #GOESEast's Geostationary Lightning Mapper saw the #meteor too! More imagery: https://t.co/1vd48CRq4K pic.twitter.com/Ry0Ntpz2EE

Based on AMS’ preliminary 3D trajectory, the fireball concluded its journey with a dip in the Atlantic Ocean off the coast of Bethany Beach in Delaware.

Due to the brightness of this particular meteor, a number of netizens were able to clearly capture the object streaking through the night on dash cams and other surveillance cameras.

Meteor captured by my camera over the Chesapeake Bay/ mouth of the Potomac in the Northern Neck of Virginia. #meteor @capitalweather @WTOP @wusa9 @nbcwashington pic.twitter.com/BPePFwDXe5

Though several thousand meteors streak across Earth’s atmosphere each day, most occur over oceans and uninhabited regions, or are simply shielded from the human eye by daylight, according to AMS. The organization also notes that “the brighter the fireball, the more rare is the event,” and this luminous meteor was definitely one to write home about!