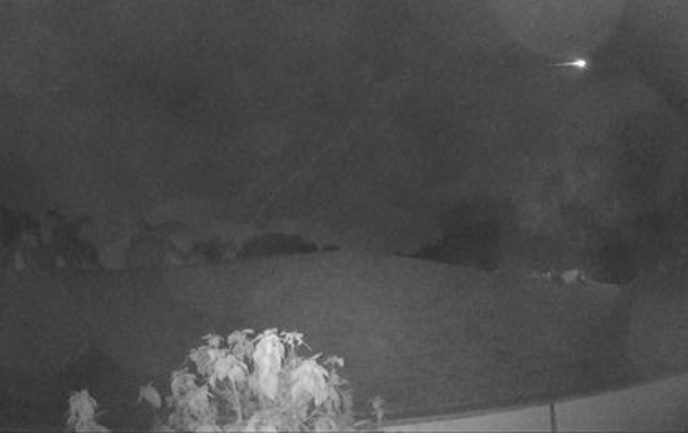 Shortly before midnight on Thursday, January 16, Gail tells ABC7 she saw a huge fireball streak across the sky. She was watching TV, facing her backdoor, when she saw what looked like a comet with a tail going horizontally through the sky. She says, “It was AWESOME!”

ABC7 posted about it on Facebook to see if anyone got video and, as it happens, Jackie Greenough did. When you watch the video, which is timestamped at 11:57pm, you’ll see little chaotic streaks – those are bugs flying about – but look in the upper middle of the screen. You’ll see the fireball as it moves decisively across the sky. It lasts at least 13 seconds before moving out of frame.

Jonathan noted the American Meteor Society had at least 25 reported sightings of the fireball all over the Suncoast and even as far away as Georgia and Alabama.

At this point, it appears the fireball was a meteor, but there’s been no official word and it’s possible it could have been something else burning up in the atmosphere.