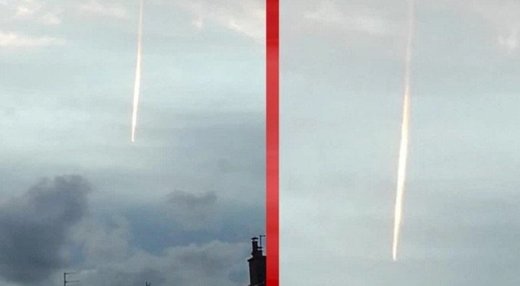 People across Tayside were speculating last night after a streak of light appeared in the sky.

Rachel Malcolm sent a picture of the bright line in the darkening night sky to the Telegraph.

She said: “Just saw this in Invergowrie. “It’s like something burning up in the atmosphere.” 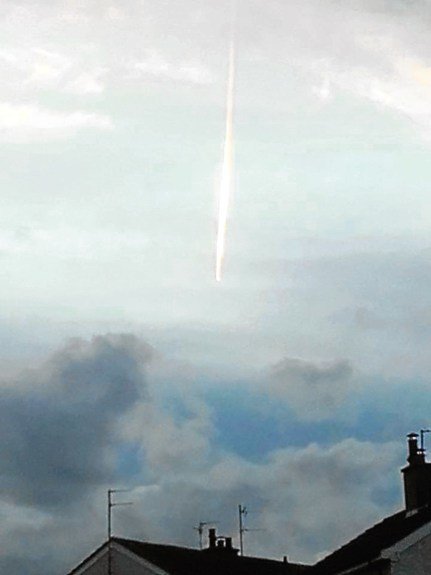 Dr Robert Massey, deputy executive director at the Royal Astronomical Society, said: “At first sight the trail in the image looks like a sunlit aircraft contrail — a vapour trail — set against a darkening sky. When the sun is low in the sky these stand out, and appear much more prominent than in the middle of the day.

“A meteor trail can be bright and linger, but will typically break up with the movement of air in the upper atmosphere.

“There is an outside chance this shows a trail of that kind, but to be sure, I would need to know how long the exposure was, whether there was a fast moving streak — a shooting star — before the photo was taken, and how long the trail stayed in place.”

Comment: The same day, 500 miles south of Scotland, another meteor fireball was captured at dawn in south east London: