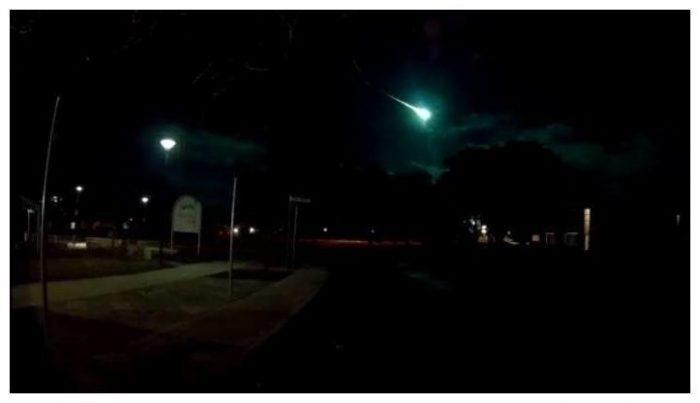 Social media is buzzing with reports of a meteor spotted over the South Coast on Friday night.

On the Facebook group Australian Meteor Reports, administrator David Finlay said the meteor was spotted about 9pm on July 5 and believed it had come to ground somewhere in Victoria.

“I have reports of sonics from Forest Hill (Melbourne) to Mallacoota Vic. That’s a distance of 400km. I’ve never heard of sonics being reported so far apart,” he said in a Facebook post to the group.

He said sightings had been reported from as far north as Sydney and Orange.

“From these reports, and as long as this object was over land and not the ocean, I’m already predicting there are now meteorites on the ground somewhere in Victoria from this fall,” he said.

Check out this video which is reportedly of the meteor when it was seen over Canberra.

If anyone has any photos or videos of the meteor, we would love to see them.

You can email any submissions to [email protected]