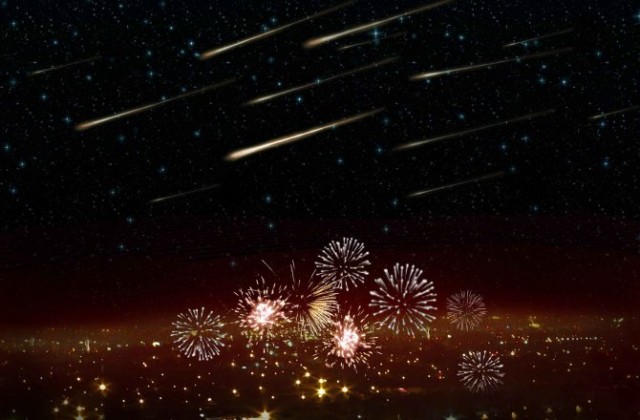 While Earth can breathe easy for now, the SETI Institute and other astronomers are on the lookout for a “potentially hazardous” comet that may in the distant future pose a threat to our planet.

The search comes after a new meteor shower was spotted around New Year’s Eve. It has never been seen before or tracked in radar observations. Calculations of the stream show the Earth is safe for the foreseeable future, but astronomers will be on the lookout for the parent body.

“In a way, the shower helped chase bad spirits away,” said SETI Institute meteor astronomer Peter Jenniskens in a statement. “Now we have an early warning that we should be looking for a potentially hazardous comet in that orbit.” 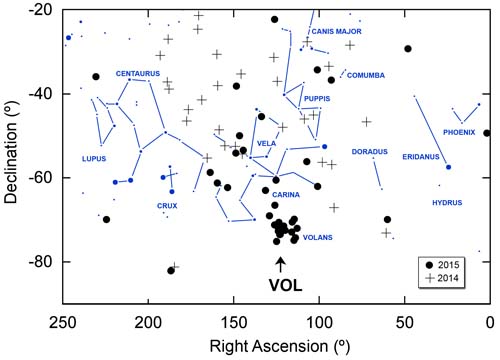 The direction from which the new meteor shower approached. Credit: Peter Jenniskens/SETI Institute

The shower was seen in New Zealand with a network of video surveillance camera. It is called the Volantids after the constellation Volans (flying fish). As is traditional with meteor showers, it is named after the spot in the sky from which the meteors appear to emanate.

Meteor showers are in themselves regular and harmless events, but are being used in a new video surveillance project to find comets that could be dangerous to our planet. The project is a collaboration between Jenniskens and Jack Baggaley, a physics professor at the University of Canterbury in New Zealand.

“New Zealand, lying between 35 and 47 degrees southern latitude, has a long tradition of meteor studies,” says Baggaley. “While radar observations in the past were efficient at observing sporadic meteors, the video cameras can see the meteor showers really well.” 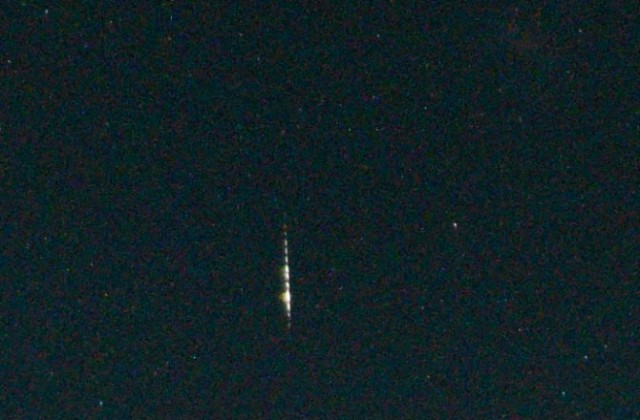 The network includes 32 video cameras at two stations on New Zealand’s South Island, operated by amateur meteor astronomers Peter Aldous at Geraldine and Ian Crumpton at West Melton. The information is then sent to the SETI Institute, and Jenniskens performs calculations on the meteors’ path. The parent body, astronomers added, may be hard to find because its orbit is so highly inclined to the Earth.

A study based on this data was submitted for publication in the Journal of the International Meteor Organization, showing 21 Volantid trajectories on Dec. 31 and two on Jan. 1.