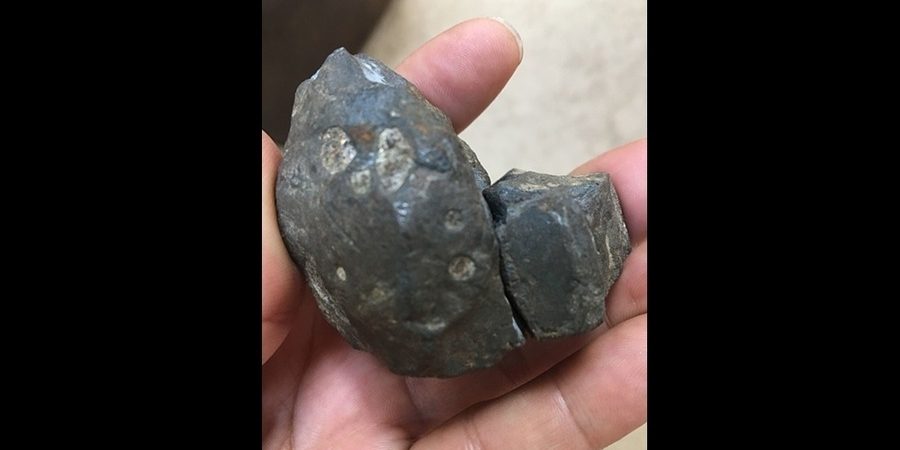 Folks this happened hours after the large meteor exploded over China with sonic boom and shaking Here is the article in case you missed it: LARGE Meteor Fireball Explodes, Shakes Ground And Lights up Night Sky over China (videos)

Clemson astrophysicists have visually confirmed that an unusual rock that hit a Pawley Island home and ended up in a yard is meteorite from outer space.

“I looked at my house and my windows, and everything looked fine, so I just walked right on by,” Casselman said. “I didn’t even pick it up.”

The next day, Casselman’s partner, Dennis Suszko, found a strange piece of rock in the front yard, and she remembered seeing a similar rock in the side yard.

“These were odd-looking rocks,” Casselman said. “It wasn’t like anything around it, and I jokingly said, ‘We must’ve had a meteor shower last night.'”

As they looked for more pieces of rock, they noticed a chunk of shingles missing from the eaves of their roof.

“We’re not positive, but we believe that’s where the meteorite first struck before landing in the yard,” Casselman said. 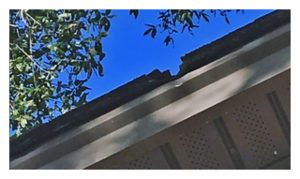 © Melanie Casselman
Hole in roof made by meteorite.

To confirm whether the peculiar rocks were truly out of this world, Casselman contacted Clemson University astrophysicist Sean Brittain.

“At first, I was kind of skeptical, because we get people who will call in with, ‘I saw this bright light,’ or, ‘I have this rock in my backyard and I want to know what it is.’ We get a lot of those calls,” Brittain said. “Usually, it’s nothing you’d want to spend much time on. But with this one, Melanie had taken some really careful pictures of everything and I thought, ‘OK, so this is legitimate.'”

Brittain and astronomy colleagues Brad Meyer and Máté Ádámkovics studied 26 pictures taken by Casselman and concluded that the rocks are pieces of a meteor. They also had Casselman check to see if the rock was attracted to a magnet, which it was, indicating the high iron content typical of the meteorite.

“Most rocks in your backyard, if you pick one up and stick a magnet to it, it’ll just fall off because it’s just silt and carbon,” Brittain said. “Melanie’s is mostly iron and it’s not rusty, so it hasn’t been sitting in the weather or anything. That tells us that it’s an iron-rich meteorite that landed recently.”

Clemson University is working with Casselman and Suszko to arrange tests to determine the meteorite’s age, composition, history and origin.