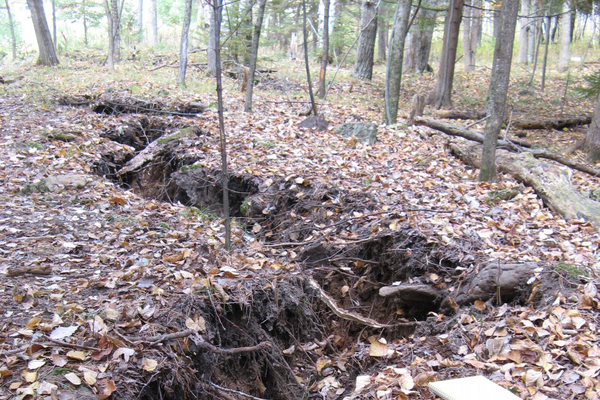 The Menominee crack in Michigan still has scientists puzzled, but a new study released on it does offer a better understanding of how it might have formed.

Scientists are finally beginning to unravel what might have caused a mysterious crack to appear in the ground in Michigan in 2010.

The Menominee crack is likely an unusual geological “pop-up,” a formation that typically occurs around quarries or in areas where glaciers have recently receded, scientists hypothesized in the scientific journal Seismological Research Letters.

“No one should be losing sleep” over the geological feature, Wayne Pennington, lead scientist of the team, told Phys.org.

The crack itself was very unusual for the area. When it occurred it registered as around a magnitude 1 earthquake, the first recorded earthquake for the Upper Peninsula area in Michigan.

“We wanted to look into the crack because we could not find information in the literature on pop-up structures forming outside specific areas,” Mr. Pennington said in the press release.

The crack stretches over 110 meters and in some places was as deep as 1.7 meters. However, the team of scientists from the Michigan Technological University said the most interesting part of the formation is its ridge.

Pennington explained in the press release the crack’s ridge suggests a deep structure below. Pop-ups usually form in areas where “downward pressure is lessened,” which is why they occur around quarries or glaciers.

But with no quarries and the last glacier having receded 11,000 years ago, the scientists are still puzzled about why and how it formed.

On the morning the crack appeared, residents heard a loud noise and felt the earthquake. The crack was discovered after workers went into the woods to clean up the leftover debris from a large pine tree that had been taken down.

Pennington was unsure if the tree and the pop-up were connected, but said the “timing certainly provides an interesting coincidence.”

The group published the study to show what they had learned about the pop-up thus far.

“As far as we can tell, this is a one-of-a-kind event; but in case it is not, we wanted the information about it to be available for other investigators.”