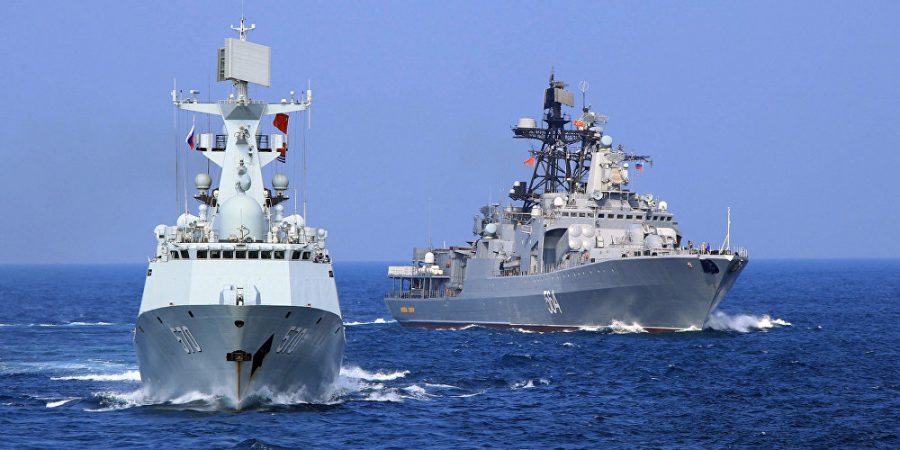 Tillerson criticized previous American foreign policy that, he asserts, has allowed China “to keep pushing the envelope” on island-building in the disputed South China Sea. Like Filipino President Rodrigo Duterte, Tillerson noted US policy in the South China Sea has been inadequate. But Tillerson broke with Trump’s most recent stance when he said that the US Navy should consider blocking China’s economic operations via warships, submarines, and airplanes.

Such a move could quickly produce a violent military escalation between the two nations. Tillerson showed some softer diplomatic tactics in noting that Beijing and Washington “should not let disagreements over other issue exclude areas for productive partnership,” adding that the world’s two largest economies by GDP are “deeply intertwined.”

Tillerson made a few comments to spark the ire of Beijing. He declared that Chinese construction on the Spratly islands in the South China Sea was “illegal,”causing even casual domestic observers to turn their heads. “In my view, building islands and then putting military assets on those islands is akin to Russia’s taking of Crimea,” Tillerson said.

Beijing has expressed displeasure at Trump’s antagonistic comments, such as advocating import tariffs on Chinese products, and chastising the country for not doing more to contain the erratic threat posed by North Korea. In a break from custom, the President-elect has tweeted most of his pronouncements. Left-leaning news outlet Vox claimed that Trump “has weaponized Twitter” and there have been discussions in Seoul that the Foreign Ministry may install a position dedicated solely to monitoring Trump tweets. As one Senate staffer recently told Sputnik, “anything Congress does that Trump doesn’t like, he’s going to tweet about it.”

The Chinese paper noted that Tillerson may have been trying to impress the Senate Committee on Foreign Relations in order to secure votes for the US Secretary of State post, America’s top diplomat.

US Senate Democrats remain coy on whether they will vote to approve Tillerson’s nomination. “I haven’t talked to any Democrats that are voting for him, I’ll put it that way,” said Senator Chris Murphy, a Connecticut Democrat. Meanwhile, Florida Republican Marco Rubio fired numerous pointed, tough questions at Tillerson, the former remarking that the answers provided by the latter were “discouraging.” Rubio would not confirm whether he would vote yay or nay. In response to a question of whether he was prepared to be the only Republican Senator to vote no on the nomination, a move that would stall the nomination, Rubio said, “I’m prepared to do what’s right” instead of “analyzing it from a partisan standpoint.”