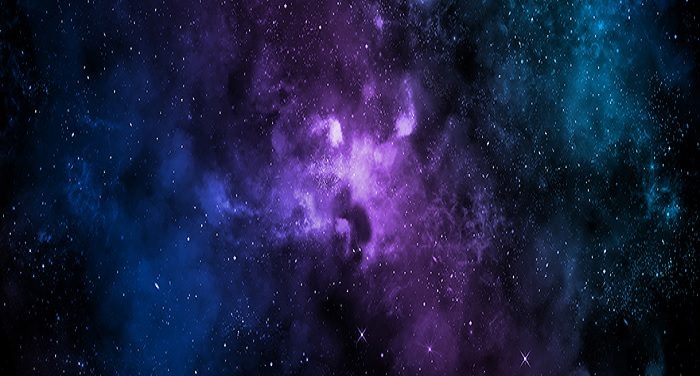 “It’s a great mind-bending twist. Perhaps hyper-advanced life isn’t just external. Perhaps it’s already all around. It is embedded in what we perceive to be physics itself, from the root behavior of particles and fields to the phenomena of complexity and emergence,” says Dr. Caleb Scharf, a research scientist at Columbia University and director of the Columbia Astrobiology Center. “What we think might be the effects of mysterious forces such as dark energy and dark matter in the Universe, could actually be the influence of alien intelligence – or maybe even aliens themselves.”

“If machines continue to grow exponentially in speed and sophistication, they will one day be able to decode the staggering complexity of the living world, from its atoms and molecules all the way up to entire planetary biomes,” continues Scharf, author of The Copernicus Complex: Our Cosmic Significance in a Universe of Planets and Probabilities, in Nautil.us. “Presumably life doesn’t have to be made of atoms and molecules, but could be assembled from any set of building blocks with the requisite complexity. If so, a civilization could then transcribe itself and its entire physical realm into new forms. Indeed, perhaps our universe is one of the new forms into which some other civilization transcribed its world.”

After all, with our universe 13.5 billion years old, the cosmos may hold other life, and if some of that life has evolved beyond ours in terms of complexity and technology, adds Scharf. “We should be considering some very extreme possibilities. Today’s futurists and believers in a machine “singularity” predict that life and its technological baggage might end up so beyond our ken that we wouldn’t even realize we were staring at it. That’s quite a claim, yet it would neatly explain why we have yet to see advanced intelligence in the cosmos around us, despite the sheer number of planets it could have arisen on—the so-called Fermi Paradox.”

Alien technology a billion years older than ours might not even be made of matter, says Paul Davies of Arizona State. It might have no fixed size or shape; have no well-defined boundaries. Is dynamical on all scales of space and time. Or, conversely, does not appear to do anything at all that we can discern. Does not consist of discrete, separate things; but rather it is a system, or a subtle higher-level correlation of things.

“Are matter and information,” Davies asks, “all there is?”

Five hundred years ago, Davies writes, “the very concept of a device manipulating information, or software, would have been incomprehensible. Might there be a still higher level, as yet outside all human experience, that organizes electrons? If so, this “third level” would never be manifest through observations made at the informational level, still less at the matter level.

We should be open to the distinct possibility that advanced alien technology a billion years old may operate at the third, or perhaps even a fourth or fifth level -all of which are totally incomprehensible to the human mind at our current state of evolution in 2019.

But what if life has moved so far on that it doesn’t just appear magical, but appears like physics?

Davies is director of the Beyond Center at ASU that researches how life began in terms of the organization of information in complex networks – the software of life. His recent “The Demon in the Machine,” is a penetrating look at the power of information to explain the physics of living matter, and offers his thoughts on consciousness (as “integrated information”), and the possibility that “laws of nature” themselves evolve through time. Perhaps, he adds, these laws might, in some way not yet understood, be inherently “bio-friendly”.

Davies foreshadows Caleb Scharf suggesting that “the emergence of life, and perhaps mind, are etched into the underlying lawfulness of nature”.

Davies is a member of the Breakthrough Listen Committee and formerly chaired the SETI Post-Detection Task group of the International Academy of Astronautics. He was the first person to champion the idea that life on Earth may have originated on Mars and transferred here in impact ejecta.

The Daily Galaxy
via ASU, The Guardian and Nautil.us