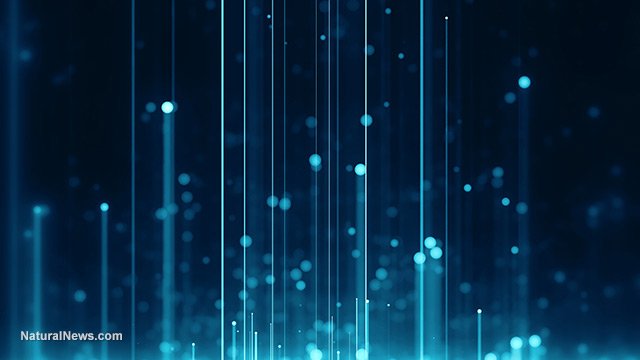 New research on mice has shown that blue light stimulation of brain cells can recover memories in mice with Alzheimer’s disease. Furthermore, they found that artificial reactivation of positive memories through light could suppress the effects of stress-induced depression.

A team led by RIKEN Brain Science Institute center director, Susumu Tonegawa, identified a population of brain cells that can be altered with light so that memories, emotions and even thoughts can be manipulated through a unique technique called optogenetics.

Optogenetics integrates genetic and optical methods to control the mind. Its key molecule is a light-sensitive protein extracted from green algae, called channelrhodopsin. This particular protein can be inserted into memory cells and activated with fiber-optic blue light. Once activated by light, this protein stimulates its host.

Watch the video where Professor Susumu Tonegawa discusses the potential of optogenetics for therapeutic use in humans here:

The scientists found that optogenetics could successfully be used to manipulate memories in a mouse brain. They were able to implant a false memory causing depression which was then cured through the activation of happy memories.

As reported by Open Transcripts, depression is a terrible brain disorder that globally afflicts 350 million people. In most cases, depression is caused by chronic stress and a series of negative memories.

According to Susumu Tonegawa and his team, negative and positive memories are always competing with each other in the brain. Through the use of optogenetics, the scientists were able to cure depression in mice by overwriting negative memories with positive ones.

First, they implanted positive memories into the brain of a male mouse by letting it play with a female mouse. Then the mouse was subjected to chronic stress treatment which caused symptoms of depression. These feeling of depression were then cured by activating the positive memory through the use of light technology.

Another effective way to ease feelings of depression is to diffuse essential oils throughout your home.

Apart from being able to overwrite negative feelings, scientists were also able to recover memories lost to mice with early-stage Alzheimer’s, through the manipulation of genetically tagged cells and light.

Building on previous work that identified and activated memory cells, they found that fiber-optic light stimulation could regrow lost spines and help mice remember past experiences. As Tonegawa explained, mice with Alzheimer’s are still able to form memories; it is the ability to retrieve these memories that is lost.

Through the use of optogenetic technology, the researchers were able to restore such memories. Their findings suggest that impaired retrieval of memories, rather than poor storage or encoding, may be the underlying cause of early Alzheimer’s disease.

“The successful retrieval of memories in AD [Alzheimer’s disease] mice by increasing the number of spines for normal memory processing only in the memory cells, rather than in a broad population of cells, highlights the importance of highly-targeted manipulation of neurons and their circuits for future therapies. This level of specificity has not yet been accomplished in current deep brain stimulation therapies,” said Tonegawa.

While optogenetics has demonstrated proof of concept for a broad range of diseases such as Alzheimer’s and depression, the big question that remains is whether or not they will be able to convert these animal model studies into therapy for human patients.