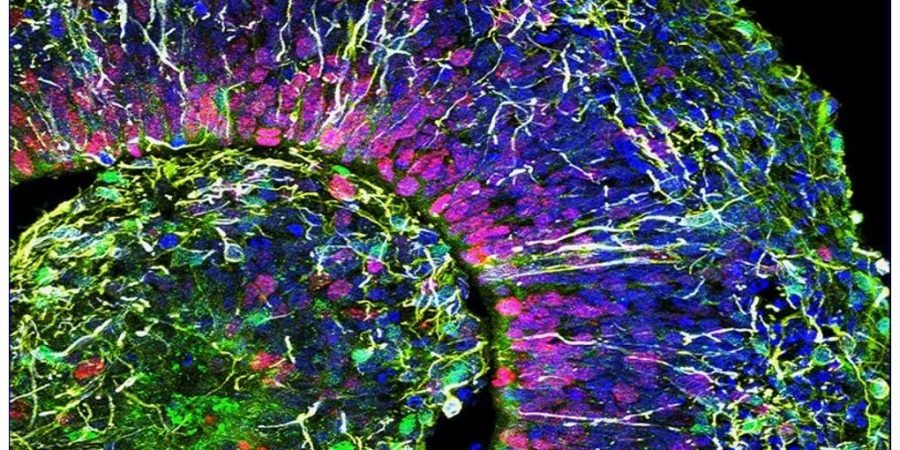 Neuroscientists from the University of California San Diego observed spontaneous electrical activity that resembles human brain waves in a lab-grown “mini-brain” for the first time. They hope this breakthrough will allow researchers to study the early stages of brain disorders like epilepsy in infants, which is usually difficult or impossible due to the difficulty of analyzing a fetus in utero.

As detailed in a preprint research paper presented at the Society for Neuroscience Meeting earlier this month, a research team led by the neuroscientist Alysson Muotri used stem cells to grow hundreds of mini-brains, also known as brain “organoids,” over the course of 10 months. Muotri and his colleagues grew these stem cells so that they would form cortical tissue, which is found in the region of the brain responsible for cognition and analyzing sensory data.

After the brain organoids had been growing in petri dishes for about six months, the researchers noticed that the electrical activity they were measuring was occuring at a higher rate than had ever been documented before in lab-grown organoids. Even more surprising, however, was that this electrical activity didn’t resemble the synchronized activity seen in mature human brains. Instead, the electrical patterns were chaotic, a hallmark of a developing brain.

When Muotri and his colleagues compared the organoids’ electrical activity to that seen in premature babies, they found that it was strikingly similar to the patterns seen in babies born 25-39 weeks after conception.

According to an article about the research in Nature, neuroscientists are divided on the significance of the results. Hongjun Song, a neuroscientist at the University of Pennsylvania, argued that the results mean that brain organoids could be useful for modeling the development of early-stage brain disorders in infants. However Sampsa Vanhatalo, a neuroscientist at the University of Helsinki, suggested that just because the patterns look the same doesn’t mean the underlying mechanisms are the same.

Given how little neuroscientists know about the developing brain, it will be difficult to settle this debate one way or the other for now. Although these lab-grown brains are a far cry from actual human brains, the research does raise an interesting issue about toying with consciousness in stem cell research. Muotri, for his part, isn’t worried about creating consciousness in the lab just yet.

“It’s a very grey zone in this stage,” Muotri told Nature. “I don’t think anyone has a clear view of the potential of this.”