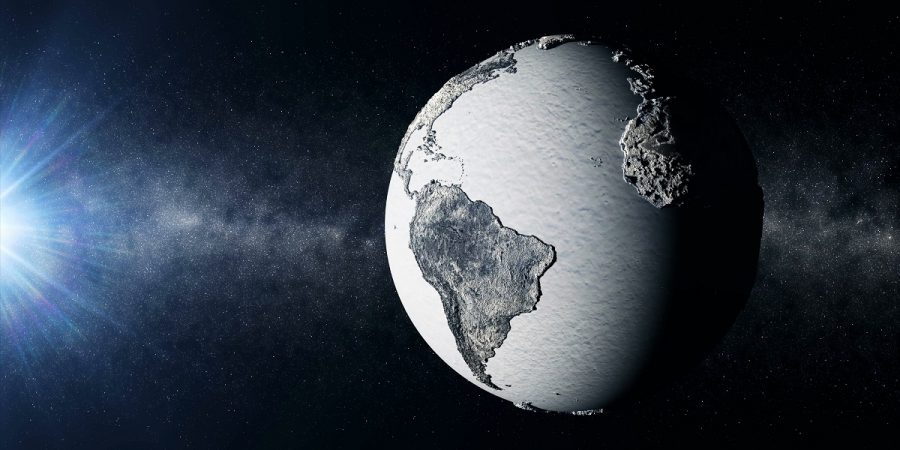 The solar minimum is well and truly here after scientists recorded an all-time high in cosmic rays, meaning Earth could face a ‘mini Ice Age’.

Some ten years ago, scientists noticed an all-time high in cosmic rays – rays which originate from deep space, not to be confused with solar rays. Now, scientists have noticed cosmic rays are back on the up as the Sun goes deeper into a solar minimum. The Sun follows cycles of roughly 11 years where it reaches a solar maximum and then a solar minimum.

During a solar maximum, the Sun gives off more heat and is littered with sunspots. Less heat in a solar minimum is due to a decrease in magnetic waves.

Fewer magnetic waves equates to the Sun being slightly cooler, and experts are expecting the solar minimum to deepen even further before it gets warmer.

With less magnetic waves coming from the Sun, cosmic rays find it easier to penetrate Earth’s atmosphere and are more noticeable to scientists.

While cosmic rays have little effect on our planet, one of the reasons scientists monitor them is to see when the Sun has entered a solar minimum.

“The Oulu neutron monitor in Finland, which has been making measurements since 1964, reports levels in April 2019 only percentage points below the Space Age maximum of 2009.

“What’s going on? The answer is ‘Solar Minimum.’ During the low phase of the 11-year solar cycle, the sun’s magnetic field and solar wind weaken. 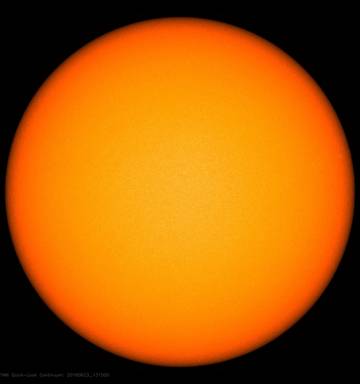 “Ten years later, solar minimum is back with renewed weakening of the sun’s magnetic field and the solar wind. Again, it’s a ‘perfect storm.’

“A panel of experts led by NOAA and NASA recently predicted that the current minimum would reach a nadir in late 2019 or 2020, likely matching the record-setting minimum of 2009.”

The last time a prolonged solar minimum was in effect was the Maunder minimum, which saw seven decades of freezing weather, began in 1645 and lasted through to 1715, and happened when sunspots were exceedingly rare.

During this period, temperatures dropped globally by 1.3 degrees celsius leading to shorter seasons and ultimately food shortages in what was called a “mini Ice Age”.

Vencore Weather, a meteorological website, said: “Low solar activity is known to have consequences on Earth’s weather and climate and it also is well correlated with an increase in cosmic rays that reach the upper part of the atmosphere.

“The blank Sun is a sign that the next solar minimum is approaching and there will be an increasing number of spotless days over the next few years.”