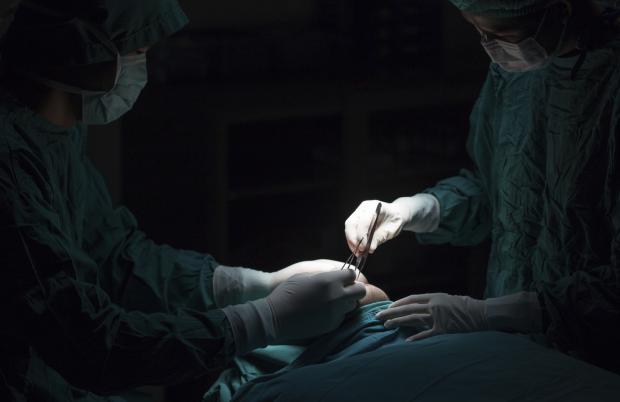 A very unusual teratoma was discovered during appendix surgery

A tumour containing a miniature brain has been found growing on the ovary of a 16-year-old girl in Japan.

The 10-centimetre-wide tumour was discovered when the girl had surgery to remove her appendix. When doctors cut the tumour out, they found clumps of greasy, matted hair inside, and a 3-centimetre-wide brain-like structure covered by a thin plate of skull bone.

Closer analysis revealed that it was a smaller version of a cerebellum – which usually sits underneath the brain’s two hemispheres. A mass on one side resembled a brain stem – the structure that normally joins to the spinal cord.

Monsters within
About one-fifth of ovarian tumours contain foreign tissue, including hair, teeth, cartilage, fat and muscle. These tumours, which are normally benign, are named teratomas after the Greek word “teras”, meaning monster.

Although the cause of ovarian teratomas is unknown, one theory is that they arise when immature egg cells turn rogue, producing different body parts.

Brain cells are often found in ovarian teratomas, but it is extremely unusual for them to organise themselves into proper brain-like structures, says Masayuki Shintaku at the Shiga Medical Centre for Adults in Japan, who studied the tumour.

Angelique Riepsamen at the University of New South Wales in Australia, agrees. “Neural elements similar to that of the central nervous system are frequently reported in ovarian teratomas, but structures resembling the adult brain are rare.”

The miniature brain even developed in such a way that electric impulses could transmit between neurons, just like in a normal brain, says Shintaku.

Brain confusion
The girl didn’t experience any symptoms, neurological or otherwise. However, there have been a handful of reports worldwide of women with ovarian teratomas who have developed personality changes, paranoid thoughts, confusion, agitation, seizures or memory loss.

Some of these neurological symptoms can arise when the immune system recognises brain cells in the ovary as foreign and launches an attack, because cells in the woman’s real brain can end up being attacked as well, leading to inflammation.

These symptoms can usually be stopped by removing the tumour.

The 16-year-old girl has had the tumour removed without any complications and she has recovered well.