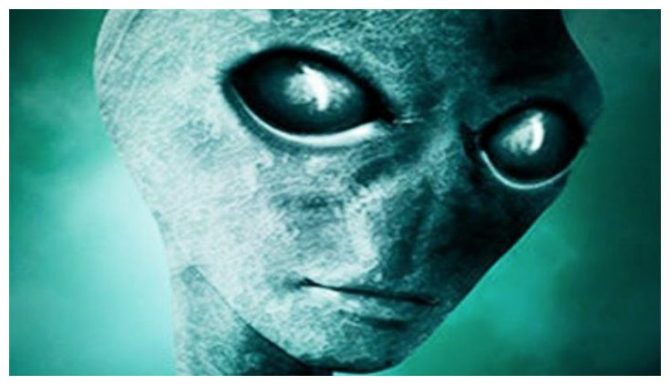 Gamma rays may be most famous for creating The Incredible Hulk, but outside of the world of fiction, they’re a fantastic source of discussion among scientists who are trying to uncover the mysteries of the stars.

Gamma radiation can travel a long distance, and can potentially prove harmful under the right conditions, but its longevity means that it gives us the opportunity to learn more about distant star systems, and the enormous explosions that take may place within massive stars as they turn into supernovas or bubble away into black holes.

As exciting as these events are to observe, one MIT astronomer by the name of John A Ball has an even more intriguing theory as to what these gamma bursts are caused by. In a paper entitled Gamma Ray Bursts The ETI [extraterrestrial intelligence] Hypothesis, Ball suggests that the explosions that trigger gamma bursts might actually be communications from across the stars.

According to Ball, gamma radiation could contain 1,000,000,000,000,000,000 bits of information in a tiny two-microsecond burst, which would be “comparable to the estimated total information content of Earth’s biosystem-genes and memes and including all libraries and computer media”.

As far-fetched as this idea might sound, it does make a certain amount of sense.

After all, the Fermi paradox suggests that we should have come across alien signals by this point, and as we haven’t noticed them, it makes sense that these aliens don’t communicate using technology that’s in any way comparable to our own.

Plus, if humanity had the power to blow up a star in order to issue an enormous message to the universe, we’d definitely try communicating through gamma radiation – especially considering everything we know about how these signals could last endlessly as they travel across the stars.

Indeed, other celestial anomalies that we spot across the stars could be aliens’ attempts to communicate with other species. Blinking lights in space have been observed, and these do match up to a certain extent with our own species’ attempts to communicate with extraterrestrial life. Heck, even a comet that behaves strangely could be an alien race’s odd way of trying to make friends.

There is, though, one big challenge standing in the way of proving Ball’s theory: in order to figure out whether aliens are actually trying to communicate with us, we’ll need to decipher their code.

This is no easy ask-first off, we don’t know which, if any, of the gamma bursts that we spot across the night’s sky might contain hidden messages from aliens.

Then we have the challenge of actually trying to spot patterns in otherwise random data. It’s easy to jump to conclusions when seeing a repeating pattern and assume that this is part of a message, but it could just as easily be caused by a dust cloud or a large planet obscuring our view of a natural burst of light whenever it reaches a certain point in its orbit.

For now, there’s not enough concrete proof to help decide whether or not Ball’s theory holds up, but this doesn’t mean that it isn’t worthwhile.

It’s entirely possible that any strange data burst that reaches us from another star system might well be the result of aliens trying to contact us. At present, though, it’s just not possible to predict what form such a communication might take.