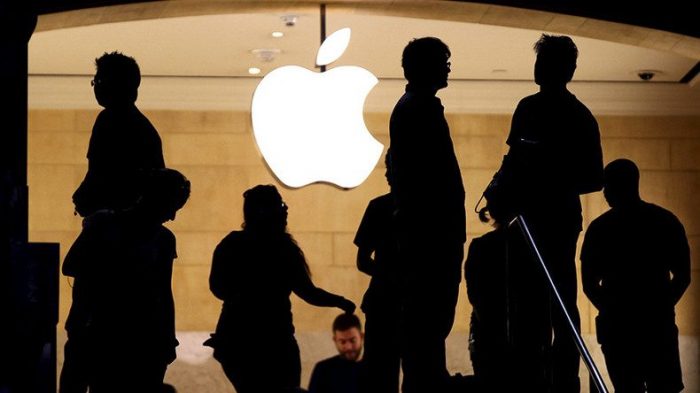 In today’s episode of the rich keep getting richer (by cheating):

The world’s largest company Apple, whose market cap is approaching $1 trillion, has found a new exotic location to shelter its money from tax authorities. As leaked documents reveal, Apple has docked in Jersey.

The move to the tax haven of Jersey involved two of Apple’s most important subsidiaries. One of them is believed to have access to the more than $250 billion of the company’s cash, according to the so-called Paradise Papers, obtained by the German newspaper Sueddeutsche Zeitung. The paper shared it with the International Consortium of Investigative Journalists and some media outlets.

The revelation comes at a time when Apple faces a €13 billion ($13.9 billion) fine from the EU for receiving illegal tax benefits in Ireland. The American company hasn’t paid yet, missing the January 3 deadline. The European Commission, on behalf of the EU’s competition watchdog, has taken Ireland to court for failing to collect billions of euros from Apple.

Ireland’s tax system allowed Apple to funnel all its sales outside the United States, about 55 percent of its revenue, through Irish subsidiaries paying hardly any taxes.

While Apple doesn’t break the law, this contradicts the words of CEO Tim Cook, who told the US Senate in 2013 that Apple doesn’t “depend on tax gimmicks,” or “stash money on some Caribbean island.” Apple picked Jersey as an alternative after the 2013 crackdown on its tax practices in Ireland, at the time Cook testified to the US authorities.

Apple, commenting on the leaked papers, said the company still remains the biggest taxpayer in the world.

“The debate over Apple’s taxes is not about how much we owe but where we owe it. We’ve paid over $35 billion in corporate income taxes over the past three years, plus billions of dollars more in property tax, payroll tax, sales tax and VAT,” it said.

Apple isn’t the only major US firm mentioned in the Paradise Papers. Nike, Tesla, and Uber are also on the list of companies, which prefer to pay taxes in various exotic places.

A report in October 2016 revealed by Citizens for Tax Justice and other organizations, showed that since 2009 Apple has funneled $215 billion to tax havens and would owe $65.4 billion if the profits returned to the US.