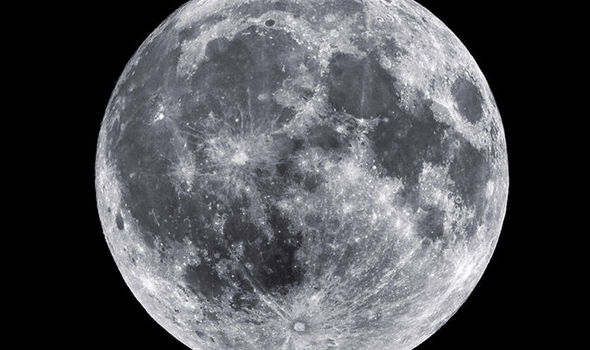 OUR Moon is not a piece of the Earth which broke off during the formation of the solar system – but an artificial satellite.

That is if you believe a conspiracy theory that is gathering support.

The favoured official scientific explanation is that the Moon broke off from the Earth’s crust after it was struck by a massive Mars-sized object, and then remained in our orbit.

But many pseudo-scientists and conspiracy theorists have latched onto claims that the moon’s existence and relationship with Earth defies physics, to brand it an artificially-created object.

Many scientists agree the size of the Moon is one of our solar system’s biggest anomalies.

Physics has been unable to explain why a planet the size of Earth has a Moon of such a large size in comparison.

Our Moon would be expected to be about 40 miles in diameter, but is closer to 2,000 miles.

But the conspiracy theorists have taken the giant leap from this to claim aliens from billions of years ago created the structure… and it may even be occupied inside, in a similar way to the infamous Death Star from the Star Wars movies.

One of the latest to make the staggering claim was Scott C waring, editor of UFO Sightings Daily.

He claimed to have found proof of the moon being hollow on the Google Moon system which allows users to explore its surface online in the same way as Google Earth.

In a blog entitled “Shadow Structures Proof Of Hollow Moon Theory”, he wrote: “Welcome to the shadow structures of Earth’s moon.

“These are large structures hidden in the shadows of the dark side of the moon and polar regions – locations that are hard to view from Earth.

“The structures are proof that the moon is actually a hollow space station created by ancient aliens long before Earth was even created.

“Look at the high perfect detail of the surrounding area and you will know that this is not pixilation, but 100 percent authentic structures found hidden within the shadows. All I did was added a smidgen of light to the photos, the rest is all moon.”

Mr Waring pointed to comments made by genuine scientists who questioned the low density of the moon as further proof.

These included NASA scientist Dr Gordon MacDonald, who in 1962, said: “If the astronomical data are reduced, it is found that the data require that the interior of the Moon be less dense than the outer parts. Indeed, it would seem that the Moon is more like a hollow than a homogeneous sphere.”

Mr Waring added: “So, as you see, the theory of a hollow Moon is more realistic than that of a solid authentic Moon.”

In July 1970, two Russian scientists, Mikhail Vasin and Alexander Shcherbakov, published an article in the Soviet journal Sputnik entitled: “Is the Moon the Creation of Alien Intelligence?”

Their theory was the Moon was a planetoid that was hollowed out eons ago by intelligent beings.

He claimed the Moon is hollow and was a space ship abandoned by aliens in an outlandish conspiracy theory video last year. 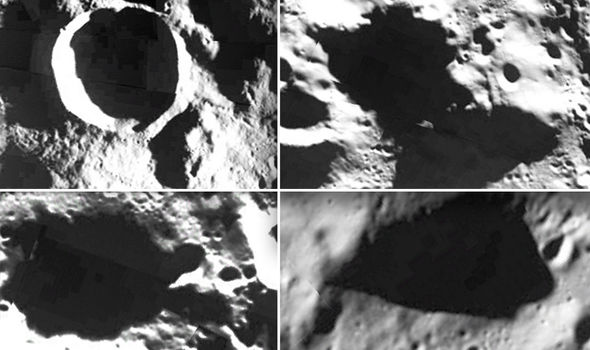 Scott C Waring claims these dark area on the moon on Google images are hollow openings.

He said: “They have no bloody clue where they moon came from and it shouldn’t by physics be there.

“The Earth not only has a satellite, but it is a giant satellite.

“And then we get the hollow Moon, this is what I’m saying and others have said it’s a hollowed out planetoid.

“These two Russian scientists from the Society Academy of Science, wrote an article in 1970 in Sputnik magazine in Russia headed ‘Is the Moon the creation of an alien intelligence?’

“And all these years later it indicates to the fact that they were right.”

Below is a comment left on the article at the source site that I thought worthy of sharing:

“The moon plays such a vital roll in the survival of life on the earth, I am convinced that it is there by design and not by chance. How many of you are aware that one side of the moon is slightly flattened and that flattened side is always facing the earth. What that flattened side does is reflect more light to the earth during the night than a perfect round surface would.