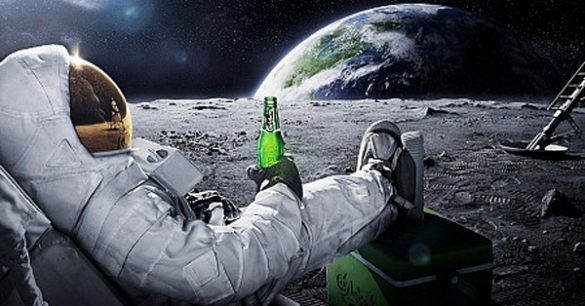 Are you ready to take a vacation excursion to the Moon? Can you afford ten grand (US) – with easy low monthly payments of just $83.33 per month? By the time you pay for it, the founder of a company called Moon Express says it will be offering round trips for $10,000. At those prices, Buzz Aldrin may want to stick around for a return trip.

I believe in the next ten years, there is going to be a gentleman on their knees asking their sweetheart to say honey will you go to the moon with me for honeymoon.

In a recent interview, billionaire entrepreneur (sound like anyone familiar) Naveen Jain says he co-founded Moon Express in 2010 after being inspired by Elon Musk (who else?), whose SpaceX company is said to be a partner with Moon Express on the project. Moon Express is the first – and so far only – private company to be granted permission (under US law) to travel to and land on the moon.

The first joint mission to the moon for Moon Express is scheduled to take place some time in 2017. No details have been released but Jain says he’s working closely with SpaceX.

It’s very complimentary as a matter of fact…Elon will build the rocket and we do the rover. Essentially, he lays the cables and we do the last mile. 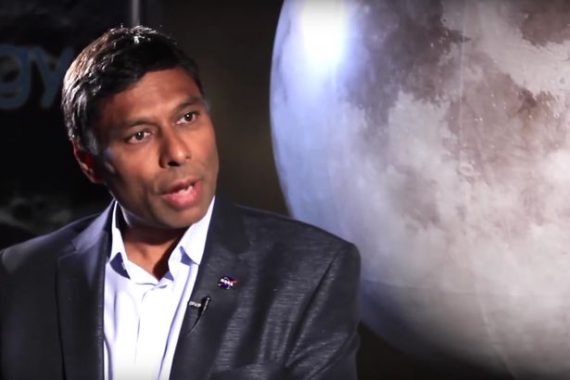 Since the venture is run by two billionaires, money is a primary motive. Moon Express missions will initially be geared to mining resources on the moon and returning them to Earth. Besides iron ore, carbon, nitrogen and hydrogen, it’s believed their primary target is helium-3, a scarce gas on Earth that the moon is believed to have an abundance of.
Hey, Naveen … there’s a line of people outside your door waving checks for their first down payment. What about that $10,000 lunar vacation trip?

Now he sounds more like a time-share salesman than a space entrepreneur. Buzz Aldrin – and the rest of us – will have to wait at least ten years for that 10 grand moon trip. Jain may also have some trouble keeping his partner Elon focused on the moon instead of Mars.

Mars is absolutely the right place to be ultimately. But (the) moon is the first training ground and the first stepping stone. At the end of the day, we would rather be a lunatic three days away than be a Martian six months away. So I really believe the problems living on the moon are similar – the high radiation, vast temperature difference – and if we can solve that problem on the moon we can easily go on living on Mars after.

Better get Elon’s investment check deposited pretty quickly before he changes his mind. 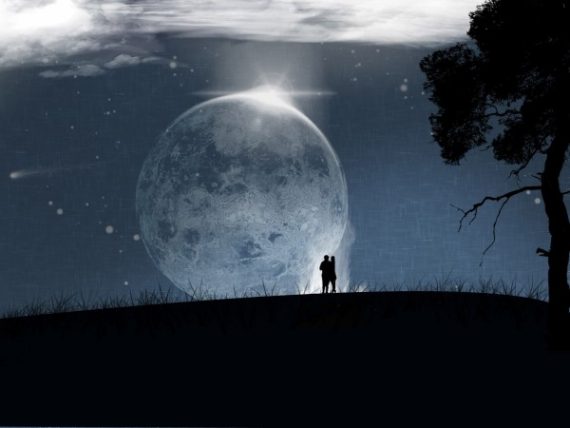