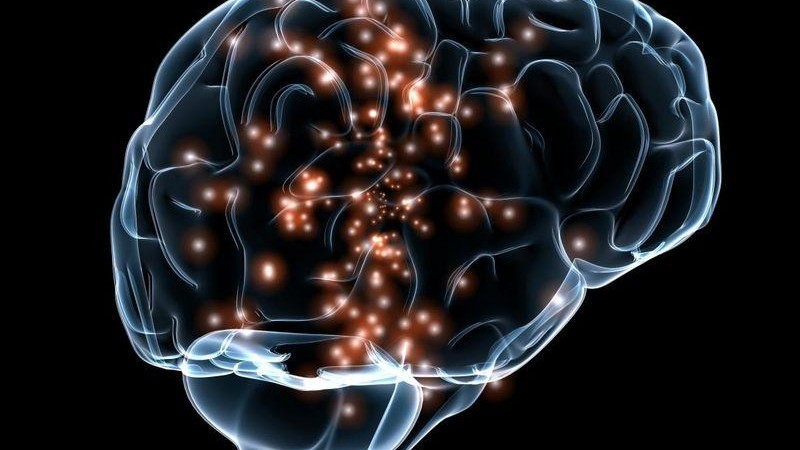 According to physicist, Roger Penrose, What’s in our head is orders of magnitude more complex than anything one sees in the Universe: “If you look at the entire physical cosmos,” says Penrose, “our brains are a tiny, tiny part of it. But they’re the most perfectly organized part. Compared to the complexity of a brain, a galaxy is just an inert lump.”

Each cubic millimeter of tissue in the neocortex, reports Michael Chorost in World Wide Mind, contains between 860 million and 1.3 billion synapses. Estimates of the total number of synapses in the neocortex range from 164 trillion to 200 trillion. The total number of synapses in the brain as a whole is much higher than that. The neocorex has the same number of neurons as a galaxy has stars: 100 billion.One researcher estimates that with current technology it would take 10,000 automated microscopes thirty years to map the connections between every neuron in a human brain, and 100 million terabytes of disk space to store the data.

Galaxies are ancient, but self-aware, language-using, tool-making brains are very new in the evolutionary timeline, some 200,000-years old. Most of the neurons in the neocortex have between 1,000 and 10,000 synaptic connections with other neurons. Elsewhere in the brain, in the cerebellum, one type of neuron has 150,000 to 200,000 synaptic connections with other neurons. Even the lowest of these numbers seems hard to believe. One tiny neuron can connect to 200,000 neurons.

“The universe could so easily have remained lifeless and simple -just physics and chemistry, just the scattered dust of the cosmic explosion that gave birth to time and space,” says Richard Dawkins, the famed Oxford evolutionary biologist reflecting on the sheer wonder of the emergence of life on Earth and the evolutionary process in his classic The Ancestor’s Tale.

“The fact that it did not -the fact that life evolved out of literally nothing, some 10 billion years after the universe evolved literally out of nothing -is a fact so staggering that I would be mad to attempt words to do it justice. And even that is not the end of the matter. Not only did evolution happen: it eventually led to beings capable of comprehending the process by which they comprehend it.”

Now, scientists from Imperial College London have identified for the first time two clusters of genes linked to human intelligence. Called M1 and M3, these so-called gene networks appear to influence cognitive function – which includes memory, attention, processing speed and reasoning. The scientists have discovered that these two networks – which each contain hundreds of genes – are likely to be under the control of master regulator switches. The researchers are now keen to identify these switches and explore whether it might be feasible to manipulate them. The research is at a very early stage, but the scientists would ultimately like to investigate whether it is possible to use this knowledge of gene networks to boost cognitive function.

Dr Michael Johnson, lead author of the study from the Department of Medicine at Imperial College London, said: “We know that genetics plays a major role in intelligence but until now haven’t known which genes are relevant. This research highlights some of genes involved in human intelligence, and how they interact with each other.

What’s exciting about this is that the genes we have found are likely to share a common regulation, which means that potentially we can manipulate a whole set of genes whose activity is linked to human intelligence. Our research suggests that it might be possible to work with these genes to modify intelligence, but that is only a theoretical possibility at the moment – we have just taken a first step along that road.”

In the study, published in the journal Nature Neuroscience, the international team of researchers looked at samples of human brain from patients who had undergone neurosurgery for epilepsy. The investigators analysed thousands of genes expressed in the human brain, and then combined these results with genetic information from healthy people who had undergone IQ tests and from people with neurological disorders such as autism spectrum disorder and intellectual disability.

“Traits such intelligence are governed by large groups of genes working together – like a football team made up of players in different positions,” added Johnson. “We used computer analysis to identify the genes in the human brain that work together to influence our cognitive ability to make new memories or sensible decisions when faced with lots of complex information. We found that some of these genes overlap with those that cause severe childhood onset epilepsy or intellectual disability.

“This study shows how we can use large genomic datasets to uncover new pathways for human brain function in both health and disease. Eventually, we hope that this sort of analysis will provide new insights into better treatments for neurodevelopmental diseases such as epilepsy, and ameliorate or treat the cognitive impairments associated with these devastating diseases.”