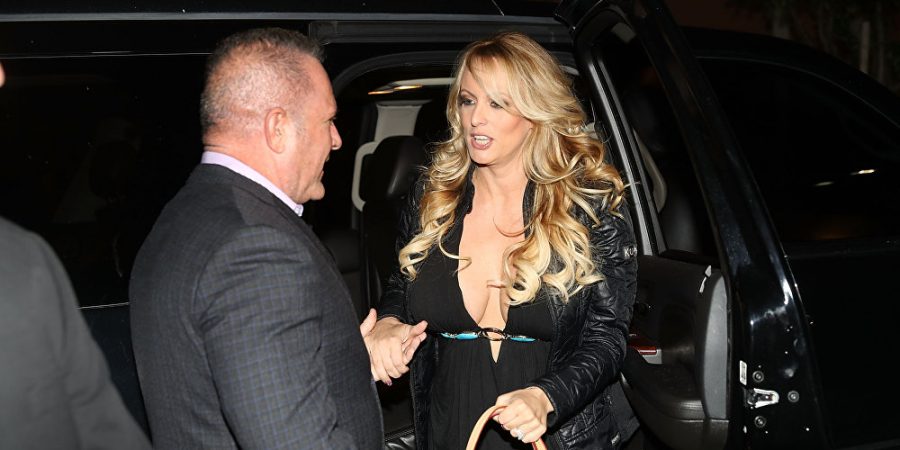 Michael Avenatti, lawyer for adult film actress Stormy Daniels, filed a motion late Tuesday to depose US President Donald Trump and his personal lawyer Michael Cohen over the $130,000 hush payment given to Daniels prior to the 2016 election.

The motion, which was filed in California, requests the opportunity to question both Trump and Cohen for “no greater than two hours” each in order to establish whether 45 knew about the agreement and if he gave the go-ahead, according to reports.

A hearing for the motion is scheduled for April 30.

In a statement released on Twitter, Avenatti stated that he is “confident that the court will permit the requested discovery after applying Supreme Court precedent and the well-established law in the Ninth Circuit.”

“[The filing] is a reckless use of the legal system in order to continue to inflate Michael Avenatti’s deflated ego and keep himself relevant,” Schwartz told ABC News. “This is politically motivated and people see through this charade.”

Avenatti’s motion came hours after the Los Angeles-based attorney said in an interview with MSNBC that Trump was “scared” of Daniels, whose real name is Stephanie Clifford.

“We didn’t think that he would stay silent this long and I think it’s pretty clear he is scared of my client and perhaps of me,” Avenatti said. “And he should be.”

“There is a lot of embarrassing information that has yet to come out. There is a mountain-load of evidence, and so perhaps that is why he is continuing to deny it,” he added.

Though Avenatti has refused to offer any specifics on the “embarrassing information,” he did indicate in a previous interview with Savannah Guthrie of NBC’s “Today” show that Daniels could describe Trump’s genitalia and several conversations the two had after the alleged 2006 affair.

The White House has repeatedly denied the affair ever took place. Of the latest denials, White House Principal Deputy Press Secretary Raj Shah told reporters Monday that POTUS has “consistently denied” the affair allegations and stated that Trump has rejected claims made by Daniels during the “60 Minutes” interview.

Daniels’ much-anticipated interview became the most watched “60 Minutes” episode since Steve Kroft’s interview with Barack and Michelle Obama in 2008. A total of 21.3 million viewers tuned in on Sunday.